Exposure to flame retardant chemicals has become nearly ubiquitous in the United States thanks to fire safety standards that, until recently, could rarely be met without their use. This has meant that furniture foams, mattress and carpet padding, and numerous other consumer products and building materials are loaded up with flame retardants. Now a new study published in the journal Environmental Health suggests that exposure to one of the most widely used class of flame retardants, called polybrominated diphenyl ethers or PBDEs, may increase the risk of thyroid hormone problems for women, especially post-menopausal women. 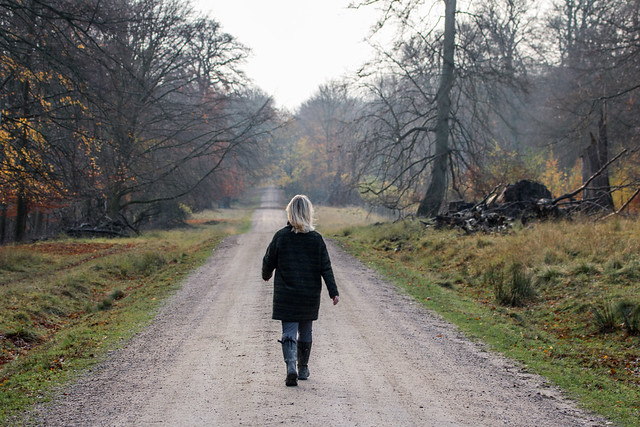 Photo by Susanne NilssonThe findings have potentially significant public health implications given that more women than men suffer from thyroid disorders, and because rates of thyroid cancer — which disproportionately afflict older women — are also on the rise.

PBDEs are among the most widely used flame retardants that are known to migrate out of products. They have been found in household dust, food, in animals and nearly everywhere else scientists have looked. PBDEs have previously raised health concerns because of their environmental persistence, their ability to build up in fat tissue and because some have been linked to cancer in animal studies. Additional studies have shown PBDEs to interfere with endocrine hormones, including thyroid hormones.

While many studies have looked at the effects of early life exposure to PBDEs, this new study, led by researchers at the Harvard T.H. Chan School of Public Health, is the first to look at how these chemicals affect people who are exposed to it later in life.

And the researchers’ findings have potentially significant public health implications given that more women than men suffer from thyroid disorders, and because rates of thyroid cancer — which disproportionately afflict older women — are also on the rise.

“Fifty percent of post-menopausal women will have thyroid disease at some point,” explained study author R. Thomas Zoeller, a biology professor at the University of Massachusetts Amherst. “I think it’s a mistake if we ignore this data.”

The researchers measured levels of four different PBDEs in blood samples from about 2,500 people across the United States, gathered as part of the US Centers for Disease Control’s National Health and Nutrition Examination Survey. They then compared those results to responses to questions about thyroid problems in the same survey. After accounting for potentially confounding factors that might skew these associations, the researchers found a clear link between higher PBDE levels in women and reported thyroid problems. Specifically, they found that women who were among the top 25 percent of people with the highest PBDE levels in their blood had the highest odds of having thyroid problems.

“Women with higher blood concentrations of PBDEs also had higher odds of having a thyroid problem. And the effect was much stronger when we looked at post-menopausal women,” explained Joseph Allen, assistant professor of exposure assessment science at Harvard University’s TH Chan School of Public Health, who led the study.

This association is extremely plausible since PBDEs can bind with, or attach themselves to, estrogen compounds and are known to interfere with thyroid hormone function, Allen explained. “We know this from earlier lab work,” he said. “Structurally PBDEs are very similar to endogenous hormones [the ones the body produces]. And to our bodies these compounds all look alike.”. This means that once in the body, PBDEs can easily disrupt normal hormone function, setting in motion adverse impacts that can result in diseases and other health disorders. In addition, links between PBDE exposure and thyroid problems have already been observed in animals in the wild, including birds, fish and polar bears.

Because of the changes in estrogen levels that occur during menopause, “post-menopausal women are more vulnerable to endocrine disrupting chemicals,” said Heather Stapleton, associate professor at Duke University’s Nicholas School of the Environment. And given the rise in thyroid disease, medical professionals who specialize in endocrinology are calling for more thyroid screening, she said. “It’s important to realize that and to pay attention to the role of the environment in these conditions, especially given the significant medical care costs.”

But do we know if PBDE exposure is causing thyroid problems? Not quite yet. The study is “very careful to stress that this is very much a cross-sectional study so we can’t see causations,” said Linda Brinbaum, director of US National Institute of Environmental Health Sciences and National Toxicology Program director, another co- author of the study.

The next step in the research, she explained, would be to follow people over time and ask the same questions.

They “have been voluntarily removed from the market but we have the legacy issue to deal with,” Birnbaum said.

So what can we do?

Since swapping out a sofa or carpeting is such an expensive undertaking, many people may not be able to get rid of products made with PBDEs. But there are other ways to reduce exposure. “Wash your hands,” recommended both Birnbaum and Stapleton. “Keeping dust residues low,” is a good way to reduce PBDE exposure given their tendency to accumulate in indoor dust, added Stapleton.

Birnbaum cautioned that food is also a source of PBDEs, given these chemicals’ ability to accumulate in plant and animal tissue and thus make their way up the food web. She also pointed out PBDEs chemical similarity to PCBs (polychlorinated biphenyls), another toxic and persistent group of chemicals that were used as insulation fluids in the US. PCBs were banned in the 1970s, but they are still being found in the environment. “We still have 70 percent of those [PCBs] that were ever made out there in the environment,” she said. “You wish that chemicals were adequately tested before they went onto the marketplace.”

This study, adds to what we know about “downstream effects” – how exposure may be related to disease, added Allen, “We’ve worked out an understanding of where PBDEs are in products, how they migrate out their air and dust, and how we absorb them,” he said. “The biggest contribution of this study is that it looks at a vulnerable population,” he said, one that is known to be affected by thyroid disease and is growing, since we have an aging population.