The US Forest Service is exploiting a loophole in the Roadless Rule to back misguided management plans, say activists.
Will Solomon

On a cool day in early May, I joined Zack Porter and Justin Lindholm outside Rutland, Vermont for a hike into the northern portion of the Green Mountain National Forest. Our fairly remote destination was within what the US Forest Service has termed the “Telephone Gap Integrated Resource Project,” one of several blocs within the 400,000-acre federally owned forest that the agency has targeted for logging. 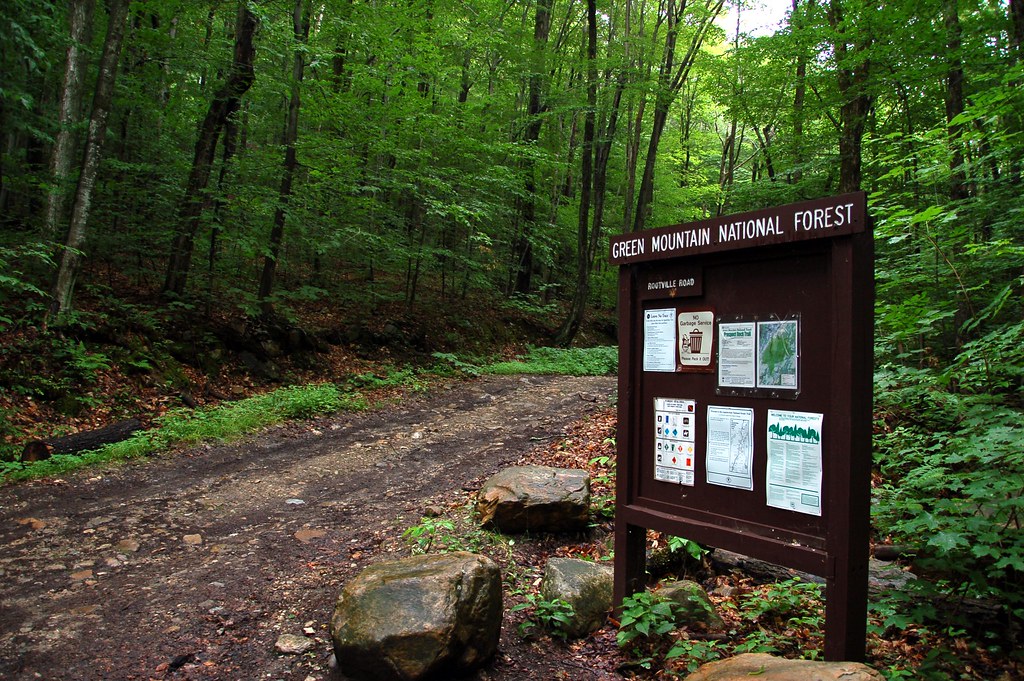 Wilderness advocates say the US Forest Service has not applied the Roadless Rule to roadless areas that were inventoried post-2001, a distinction that effectively creates “two classes of roadless areas.” Photo by Rich Moffitt.

Porter is the director of Standing Trees, which he describes as the only organization explicitly focused on protecting and restoring wild, public lands in New England. He opposes these logging projects, and before meeting to hike, described to me the regional problem, as he sees it. “There’s really kind of an epidemic of roadless logging in both New Hampshire and Vermont, in the White Mountain and Green Mountain National Forests,” he explained. “Many thousands of acres at this point have been targeted. And many miles of roads have been punched into some of the wildest landscapes that we have in New England.”

Porter is particularly focused on logging in roadless sections of the forest, arguing that the Forest Service is exploiting a loophole in the 2001 Roadless Area Conservation Rule (RACR), one of the final acts enacted by the Clinton Administration, to log in these areas. RACR put administrative protections on 58.5 million acres of inventoried roadless areas throughout the United States, effectively preventing most management activities like road construction and logging. But, Porter said, the Forest Service has not applied that rule to roadless areas that were inventoried post-2001, a distinction he describes as “completely arbitrary” that effectively creates “two classes of roadless areas.”

“Whereas this kind of a landscape would have significant protections on it almost anywhere else in the US, because [these lands] weren’t inventoried as roadless until after 2001… [they] are completely vulnerable to logging,” Porter said.

Telephone Gap is currently a top priority for Standing Trees — in part because logging has not started there yet, and the still-new organization has been able to participate in every step of the public engagement process thus far. But logging in roadless areas is already approved or ongoing at several nearby sites, including the Robinson Integrated Resource Project and the Early Successional Habitat Creation Project, both located within Vermont’s Green Mountain National Forest.

Porter, Lindholm, and I walk first down, then uphill through a series of logging roads and snowmobile trails, moving through yellow birch, red maple, sugar maple, ash, beech, spruce, and a host of other species. Lindholm — a lifelong hiker in these woods and former member of the Vermont Fish & Wildlife Board — points out several stands he believes the Forest Service wants to cut, a prediction based in part on what the agency is doing elsewhere in the forest. We regularly see downed trees — Lindholm refers to one covered in moss as “nature’s condominium” for the variety of plant and animal life it supports. This falling-down and decay is, both he and Porter emphasize, a natural process, one the Forest Service is essentially trying to artificially replicate in its efforts to create “early successional habitat” — one of their main rationales for logging.

Rick Enser is sharply critical of the “early successional” approach to forest management, which typically involves clearcutting in order to open the canopy and foster “young” forest habitat. Enser is a biodiversity specialist who now lives in Vermont, but worked for nearly three decades in the Rhode Island Department of Environmental Management. This emphasis on new forest, he says, is a rationale he only saw come into being in the last several decades, as federal and state agencies began “to create a narrative in which early successional habitat was [considered] an essential component of the landscape that had always been there” but — due to reforestation that began in the 1800s — was now in short supply. 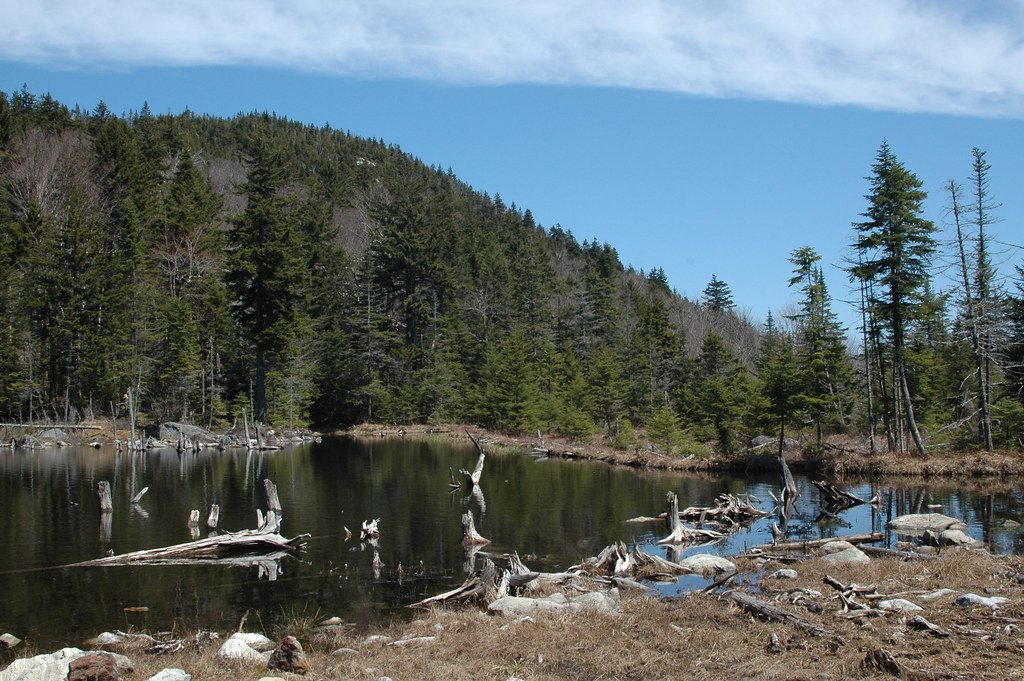 A pond deep in Telephone Gap, a section of the Green Mountain National Forest that activists are focusing anti-logging efforts on. Photos by Will Solomon. 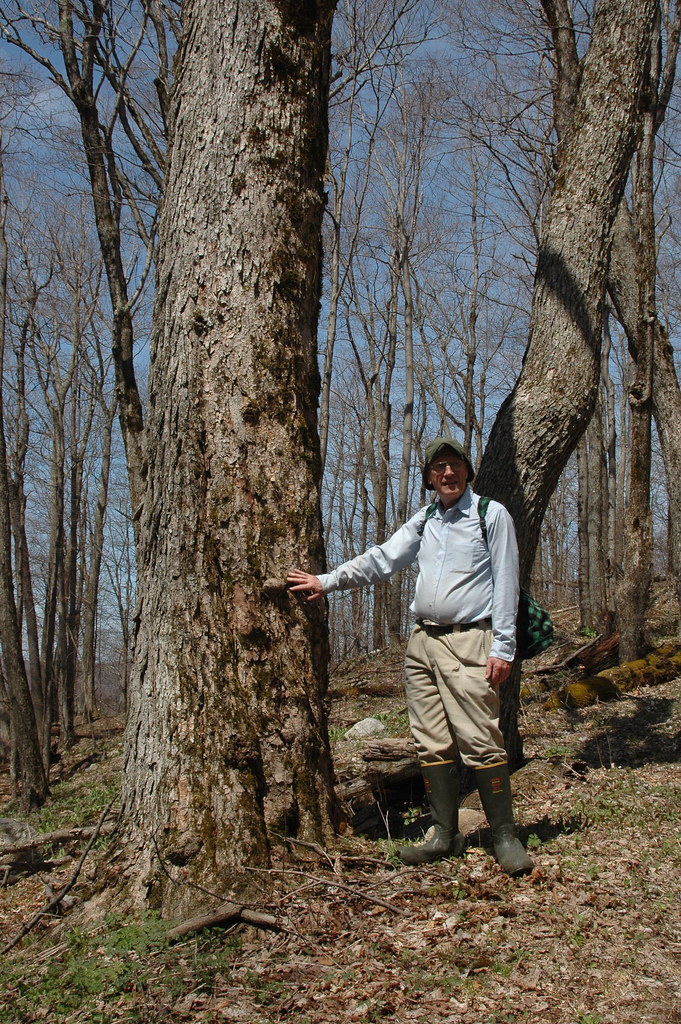 Justin Lindholm, a lifelong hiker in the Green Mountain National Forest, and former member of the Vermont Fish & Wildlife Board, is critical of logging plans.

But this effort to promote a supposedly “ideal” balance of forest types produces, Enser argues, an essentially contrived forest composition. “In order to create habitat, you have to destroy one,” says Enser. “So they’re destroying tracts of forest and all of the species that occupy those to create this sort of artificial early successional type for the benefit of a few species.”

“It’s all a ruse,” he continues. “It’s all a made-up story just to basically, you know … to do what their intent is, which is to log.”

The Forest Service, for its part, defends the approach, arguing that it fairly weighs various imperatives in forest management. “Restoring young and old forest habitat is an important habitat objective for the Green Mountain National Forest and many other regional habitat restoration efforts. The Green Mountain National Forest’s planned management has a unique opportunity to contribute to both young and old forest targets,” says Chris Mattrick, the district ranger for the Rochester/Middlebury district of the Green Mountain National Forest, which includes Telephone Gap, noting that Vermont Conservation Design, an ecological guiding blueprint for Vermont put out by the state, “actually identifies young and old forests as high priority habitat types currently underrepresented on the landscape.”

Mattrick also disagrees with Porter’s characterization of logging in roadless areas. “Although it is possible that some of the roadless areas inventoried as part of the 2006 [Green Mountain National Forest] Forest Plan revision process could have been included as part of the RACR protected acres if they had been inventoried prior to 2001, it is subjective at best to make this assumption,” he says. (Porter disputes this, saying: “I’ve yet to see anything that approaches reasonable justification for why these roadless areas should be treated differently.”)

It’s not just the RACR application that Porter takes issue with. More generally, he characterizes the approach by the Forest Service as myopic, saying that above all, the value of old and wild forests is uniquely vital — particularly for their ability to sequester carbon on a rapidly heating planet, as well as to mitigate the impacts of increasingly extreme weather, including in places like Vermont .

Jamison Ervin, a Vermont resident who has worked in sustainable forest management and nature conservation for organizations including UNDP and the Nature Conservancy, shares this view. She describes the sort of logging that federal and state governments are currently undertaking as reckless. “In the last five years or so, there’s just been this sea shift in understanding of the magnitude of the planetary crisis,” she says. “We’re facing the Sixth Extinction. We’re on track to lose a million species by 2050. We’re looking at this intertwined planetary crisis of biodiversity loss, of climate change, and then, increased vulnerability to disaster, increased water [insecurity], increased food insecurity … These are intertwined issues.”

At the same time, she says, many government agencies are ramping up logging efforts, targeting “forests that are essential for carbon, essential for biodiversity, and absolutely essential for mitigating [and] avoiding floods … They’re logging as if they’re in the nineteenth century.”

Numerous studies conducted over the last several decades support Ervin’s point: older, wilder forests are better at storing carbon, and are more resilient to the severe weather disturbances increasingly occurring in New England. They produce cleaner air, cleaner water, and more effectively support long-term biodiversity. Indeed, this was a major impetus for President Biden’s Earth Day “Executive Order on Strengthening the Nation’s Forests, Communities, and Local Economies,” which calls for inventorying and protecting mature and old-growth forests on federal lands. (Standing Trees was a proponent of this push, in coordination with a national effort called Climate Forests; Ervin, along with ~150 other scientists, signed a letter of support for the order.)

Porter argues that there is a particular imperative to allowing forests to mature on public lands. “What [the Forest Service] forgets is that the Green Mountain National Forest’s greatest value is that it really is the best place for old forest to return on the landscape,” he says. “We’re managing our private forests so heavily in New Hampshire and Vermont, it makes the most sense to think of our national forest differently. We shouldn’t be managing our national forests the same way we manage every other forest.”

With Standing Trees, Porter aims to encourage this approach in Vermont and elsewhere in the region. He is closely watching developments around Telephone Gap, and he expects the Forest Service to release a “Proposed Action” with more detail on logging plans there soon. “This document should give us more of an idea of where they are planning to log,” he says. “We are investigating legal and other avenues for compelling the agency to treat all roadless areas equally.” Standing Trees is also, with Climate Forests, continuing to draw attention to the value of old-growth forests across the country; in July the campaign released a list of ten federal forests that are “part of a pervasive pattern of federal forest mismanagement” that includes the Telephone Gap site.

Our hike ends at one of the most pristine ponds I’ve visited in the New England backcountry. It’s a natural body of water; in it we see relatively rare, wild (not stocked) brook trout. Lindholm believes the structure of the pond developed, in part, through beaver damming. There isn’t another person in sight, and just about the only evidence of other visitors is a single canoe sitting along the bank. The three of us look at the Montane spruce-fir forest ringing the pond, trying to determine whether the Forest Service considers these trees to be part of the “suitable timber base.” But looking out at the undisturbed landscape, even asking feels sort of ridiculous.

“The word wild is completely misued and abused in New England,” says Porter. “We say wild, and we go ahead and log the heck out of that place.”

“We have to reground ourselves in what the word wild really means.”

Will Solomon is a journalist living in the US Northeast. His writing has appeared in The American Prospect, CounterPunch, Chronogram, and other publications. He is on Twitter @wsolol.