The Fight for Funding in America’s State Parks

In 2016, I was able to visit Kettle Moraine State Park, one of many beautiful parks in southeastern Wisconsin. Watching the fog peel over the surface of Pike Lake from an observation tower, it seemed pristine, but a closer look told a different tale. From the soda can floating on the surface of the lake to the branches the most recent storm had left on the trail, small signs of decline had begun to surface. Luckily for park visitors, someone would be by to fix these problems shortly. A year earlier, that person would probably have been a state employee. But by the time of my visit, due to budget cuts to the state park system, it was likely to be a volunteer. 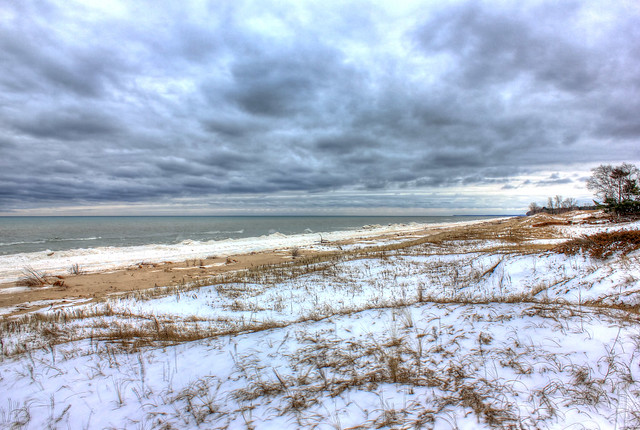 Photo courtesy of Good Free Photos The shore of Lake Michigan at Kohler-Andrae State Park in Wisconsin. State parks in Wisconsin, and across the nation, have faced budget cuts in recent years.

In a story that has received little attention outside the state of Wisconsin, in May of 2015, the State Legislature of Wisconsin agreed to Governor Scott Walker’s proposal to cut all tax-generated funding to state parks, which in 2015 amounted to more than 4 million dollars. This funding stream decreased gradually in 2015 and 2016, and ended completely at the start of 2017, effectively eliminating almost 28 percent of the system’s previous operational budget.

“Wisconsin parks are an essential part of our state not just because of the recreational value of a preserved area of land that can be used by all, but also because of their economic impact on the state,” says State Senator Jon Erpenbach, who fought the budget cut back in 2015. “State park visitations have increased by 12 percent since 2002, while the state’s share of funding has continued to decrease. Why do people visit Wisconsin? Because this state is beautiful and our parks are the centerpiece of that beauty. Shortchanging parks shortchanges our economic potential.”

Over the past few years there have been budget cutbacks for state parks across the US, which have resulted in a reduction in management staff, lack of new equipment, and shorter visitor center hours. In 2016, general funding for Wyoming’s Department of State Parks and Cultural Resources was cut by 7.18 percent. As a result, park employees have struggled with loss of staff. Last year, funding to Connecticut’s state parks was reduced by 10 percent, and in West Virginia, cuts led to the closure of several state park pools along with employees layoffs. Both Utah and Alabama have struggled to buy equipment under budget constraints, and Alabama closed five state parks in 2016, though several have since reopened. Over the past several years, California, too, has struggled with the idea of closing dozens of state parks due to budget cuts and maintenance backlogs, among other factors.

In Wisconsin, where parks receive the lowest share of the state’s total operating budget of any state in the country, the impacts of the budget cuts have been noticeable. The price of an admission sticker to Wisconsin’s state parks, which is a fixed price set by the Department of Natural Resources, has increased by 12 percent since 2015, and trail pass prices have gone up 25 percent. State Senator Tom Tiffany, who was a member of the joint finance committee that pushed for the changes, has gone on record in support of the budget cuts, saying, “The people who use the service should pay for the service.” There is evidence, however, that such cuts can have negative effects on both tourism and park revenue. In snow heavy states like Wyoming, for example, budget cuts have led to shorter park seasons due to lack of equipment and staff to keep parks visitor-friendly. As a result, the state has experienced a loss of valuable tourist dollars

Aside from tourism revenue, Dr. George “Skip” Wittler, a biology professor at Wisconsin’s Ripon College and director of the Ceresco Prairie Conservancy says there is also an intrinsic value to the parks and that preservation of these natural spaces is important to the state as a whole, another reason the state should help fund them.

“We call them ecosystem services,” Wittler says. “The ecosystems provide important benefits to people whether that person visits them or not. We have a great marsh adjacent to our campus that spreads to the south. That marsh does so many great things: flood control, water purification, nesting area for all sorts of water fowl, the maintenance of food webs in ecosystems adjacent to it and in other places. So here’s a place that people don’t visit that provides a great deal.”

Proper funding is essential to maintaining our state parks and the ecosystems they preserve, but with the cut in funding in Wisconsin, it is uncertain where money will come from. In late 2016, the state Department of Natural Resources, which operates the parks, outlined options for generating additional funds for the park system. Proposals included further raising the price of admission, higher camping fees, and the authority to solicit donations and sponsorships, but Ben Bergey, state parks director, says major funding changes must come from the legislature. “It’s not really fair,” says Stacey Balsley, president of the Waukesha County Green Team, a local environmental organization in Wisconsin. “We need to look at this plan again and ask ourselves if it’s sustainable for the future of our parks. There is a real threat of decline in our parks, and we need to step up and do something about it.”

In spite of these cutbacks, Balsley seemed optimistic for the future of Wisconsin’s parks. “People will chose to do the right thing in terms of the environment if they understand the impact of their decision on the environment and understand what’s at stake if the environment is compromised by our actions,” she says. “Education is our greatest tool moving forward, and we have to work together to let people know how important these places are.”

It seems that even in these times of uncertainty, there is still plenty of reason to hope for a reasonable solution, and not just in Wisconsin. All across the country, states are proposing ways to fill funding gaps. Connecticut State Senator Ted Kennedy, Jr. has suggested placing fees on single-use plastic bags and putting those funds towards parks. Vanity license plates are offered in 18 states to raise revenue for parks, and several states use gas or real estate taxes to support park systems. Alaska is privatizing several parks, a controversial option, and other states are offering new activities, like zip lining, to visitors as a way to add revenue.

At a time when state parks are more popular than ever — in 2015, they received 759 million visitors, compared to 708 visits to a decade earlier — let’s hope these creative strategies help keep parks open. And let’s also hope that elected officials heed the call of park-supporters, and stop making cuts to these valuable park systems.