In Memoriam: Emmett Aluli provided us all with a path towards demilitarization and peace.
Winona LaDuke

The island needs protectors. That’s the way it is. Dr. Noa Emmett Aluli, Native Hawaiian doctor, conservationist and movement leader, passed away in late November after a lifetime devoted to protecting Kaho‘olawe, the eighth Hawaiian island. That’s the one no one talks about. The one the military bombed the hell out of.

Dr. Noa Emmett Aluli was one of the “Kaho‘olawe Nine” — the first group of people who stood up against the US Navy’s bombing of Kaho‘olawe by landing on the island in protest. Photos by Toby McLeod. 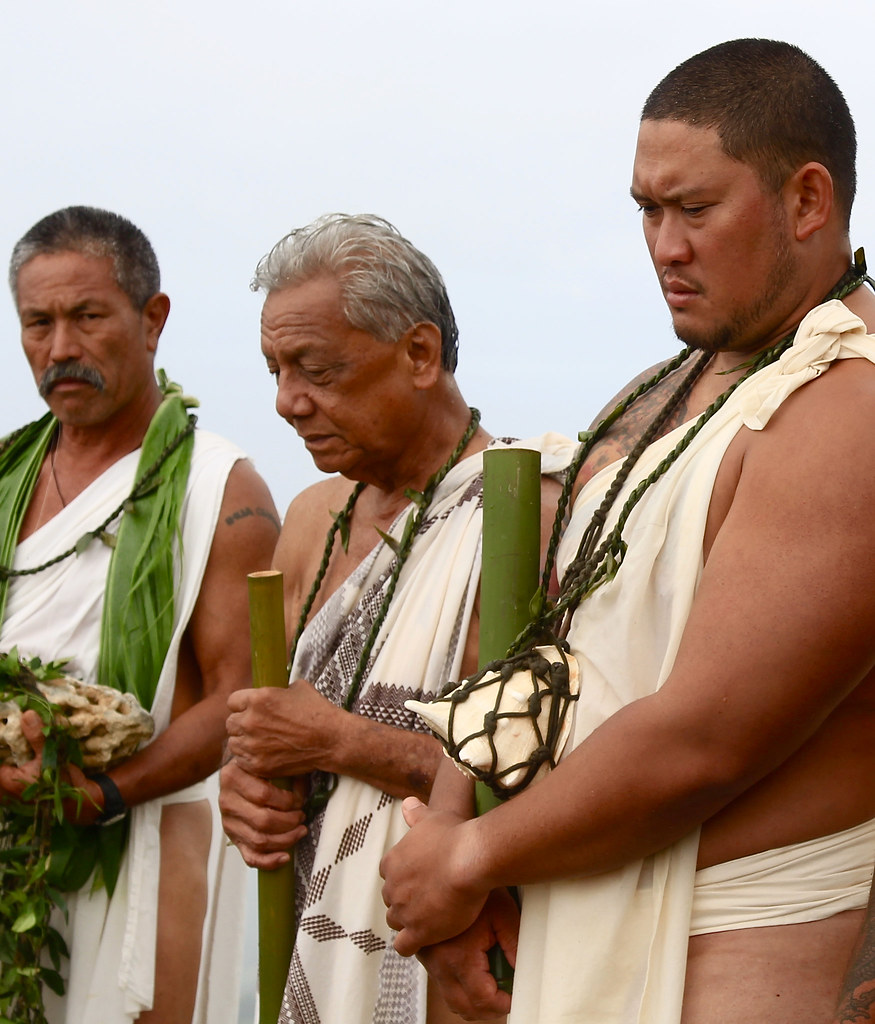 Dr. Aluli was a beacon of Hawaiian cultural movements who served his community, Molokai, an island which until recently was predominantly Native Hawaiian.

Activated in 1976, Aluli and other Hawaiians began a vigil, a ceremony, a series of occupations and legal actions to protect the island from the military. The “Kaho‘olawe Nine,” was the first group of people who stood up against the US Navy’s bombing of Kaho‘olawe by landing on the island in protest. That’s to say, on January 5, 1976, a flotilla of small fishing boats set off from Maui and was intercepted by the military. Nine people made it to shore. Emmett Aluli was one of them. They swam to the island to pray, when the island was still full of live ordnance from decades of military occupation. Courageous men and women all.

Inspired by his experience occupying the island, Emmett and others asked their elders, the kapuna, how to organize a new resistance organization. The elders urged the activists not to copy mainland environmental organizations — top down, competitive, usually led by White men with big egos. Make decisions by consensus, counseled the kapuna. Envision the group as an ‘ohana, an extended family responsible to ancestors, future generations and the land that gives birth to us all. Hence the Protect Kaho‘olawe ‘Ohana was born.

I met Emmett in l978, when he came to the United Nations for a forum on Indigenous people. He was truly a catalyst in sparking the Aloha ‘Aina movement that stopped 50 years of military training exercises that desecrated the sacred island. His actions were also key to the Nuclear Free and Independent Pacific Movement. At home, Dr. Aluli was a beacon of Hawaiian cultural movements who served his community, Molokai, an island which until recently was predominantly Native Hawaiian.

Through his work, diabetes clinics and healthcare moved up in a priority and became accessible to Native Hawaiians. Needless to say, Native Hawaiians remain in perilous health conditions, like Native Americans, so having a doctor champion for the people is a good thing.

Protect Kaho‘olawe ‘Ohana issued a statement, upon his death:

“Kauka served our people tirelessly with love, aloha, humility, and kindness. A gentle and great leader of Kanaka ‘Oiwi for Aloha ‘Aina — loving, respecting, and advocating for our health, lands, rights, and religion.”

Molokai, the island he served, has a long history of healthcare, as it was the location of Kalaupapa, the Leper colony in the l800s, where Hawaiians were cast aside to live out their lives on an isolated peninsula on north side of the island. The priest who cared for the leper colony, Father Damien was sainted for his work (upon the recommendation of Mother Teresa), and honestly in Indigenous terms, Aluli was that sort of light for a movement and a people. I’m not sure about Indigenous sainthood, but he is a candidate.

Over the course of his long career, he not only fought for Kaho‘olawe (early on filing a federal lawsuit which ultimately forced the military to the negotiating table), but also worked to protect the traditional Hawaiian subsistence way of life by organizing for access rights through Molokai Ranch to the ocean, stopping billionaire land grabs. He played a crucial role in the Trust for Public Land campaign that led to the conservation of properties in East Maui. That’s just a part of his legacy or what he accomplished in his short time on the ‘aina, or Mother Earth.

Islands are just that, there’s only so much room. Between luxury resort developments, super ferries, and the military, Native Hawaiians are always being pushed aside. Aluli had a great impact. Many Hawaiian movements were inspired and worked together to stop a multitude of projects and luxury land grabs, which destroy ecosystems and would erase a history — the Hawaiian history. Hawai‘i is the sort of tourist economy that capitalizes on Native culture, with little regard for whether Hawaiians are actually able to practice their culture. Over time, support has grown for the Hawaiians.

The problem of the military however remains. This has been known as the Pacific Theater, and Hawai‘i has the highest level of military occupation of any state in the US. Not surprisingly, the military is not a good neighbor, even if they have endless supplies of money.

Not only is there unexploded ordnance, but there’s a good deal of toxic contamination on the islands. The US military is, in fact, the largest polluter in the world. This past fall, some of that came home to Pearl Harbor when the Navy’s water supply for some 93,000 people was contaminated by a fuel leak from the World War II-era Red Hill storage facility. That monstrosity is composed of 20 huge tanks and a system of aging pipelines. 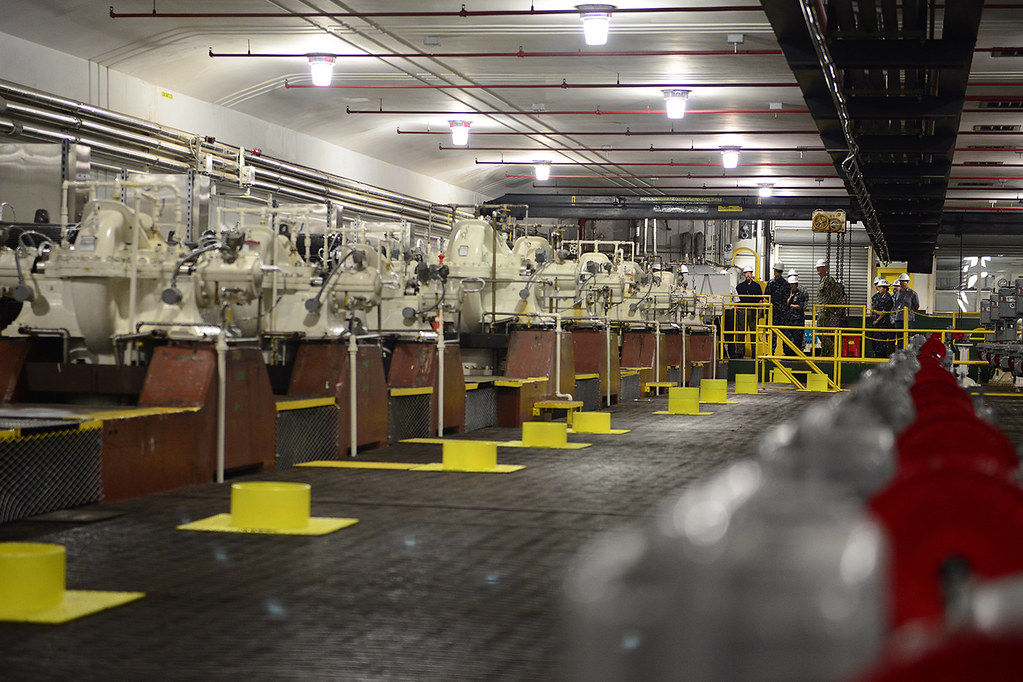 The November 2021 spill serves as a reminder of the impacts of Hawai'i's annexation on the people and environment of the island chain.

Thousands of families were sickened and uprooted from their homes for months after discovering their tap water smelled like fuel, according to Honolulu’s Civil Beat. “This has just created a very wide opening to question the role of the military in Hawai‘i, its impacts on health, well-being and livelihoods,” said Laurel Mei-Singh, a former University of Hawai‘i professor who has researched Hawai‘i-military relations.

“This Red Hill case is a really important opportunity for dialogue about how much does Hawai‘i need the military? What are the costs and the benefits of the military? How does the military both feed and poison us?”

Elsewhere on the Big Island, the Pohakuloa Army Base sprawls across 23,000 acres of land on the top of a mountain. The Army has been trying to expand their presence, but with continuous opposition from the Native community, even the state of Hawai‘i has grown critical of the need for this presence. “It is inappropriate to conduct this type of warfare practice upon Conservation District land adjacent to areas designated as critical habitat,” the Hawaiian Coastal Lands office said in recent comments.

Emmett Aluli has protected his island, Kaho‘olawe, and his courage and example have provided us all with a path towards demilitarization and peace. Emmett was “the first generation of our people to go to Kaho‘olawe, so his passing is like a generation passing,” said Craig Neff, Emmett’s longtime friend and colleague. Aluli was able to “reassure the younger people of our direction of where we are going.”

According to his family’s statement, Aluli once said: “We commit for generations, not just for careers. We set things up now so that they’ll be carried on. We look ahead together so that many of us share the same vision and dream. To our next generations we say, Go with the spirit. Take the challenge. Learn something. Give back.”

A few days before Dr. Aluli passed on, on November 27, 2023, the Mauna Loa volcano erupted on the Big Island for the first time in 38 years and nearly closed down the Pohakuloa Army Base for a short time. The Islands and Pele, the Hawaiian goddess of fire and volcanoes, will be here long after the military — and all of us.

Winona LaDuke (Anishinaabe Ojibwe) is the executive director of Honor the Earth.