Environmental Movement Is Having a Real Impact in the US, Study Finds

The environmental movement is making a real difference in the US, according to a new research that shows states with strong green voices have significantly lower emissions of the gases that drive global warming. 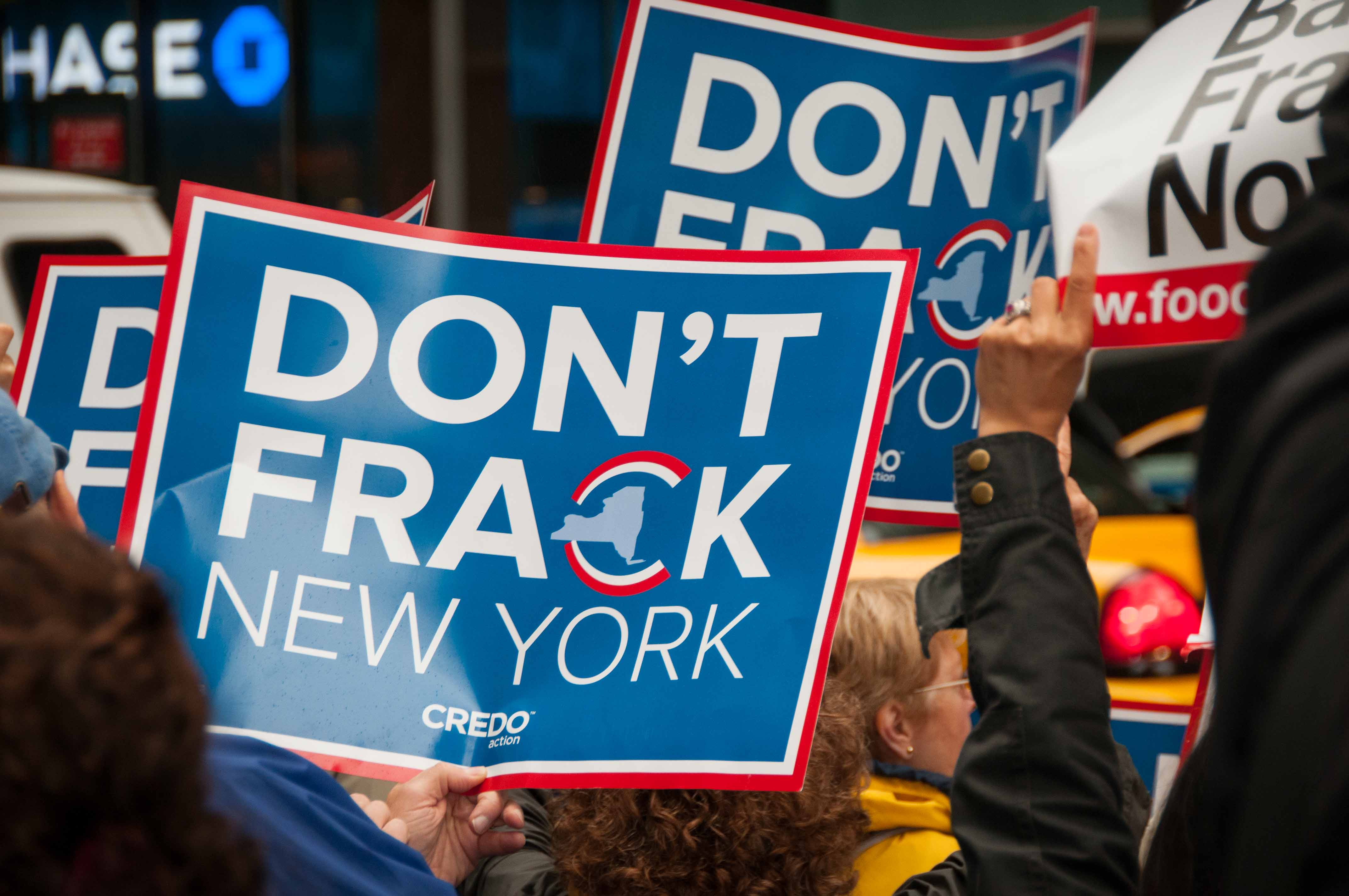 Photo by CREDO.fracking Activists protest fracking outside Governor Cuomo’s office in New York. States like New York and Vermont, with stronger environmental voices, have cut their emissions despite rising populations and affluence.

The study is one of the first to quantify the real impact of green politics on the environment. It reveals that more environmentally friendly states, such as New York and Vermont, have cut their greenhouse gas emissions despite rising population and affluence. But other states like Texas and Wyoming, where skepticism about climate change is much stronger, have seen emissions rise.

The work, published in the Proceedings of the National Academy of Sciences, compared greenhouse gas emissions of each state going back to 1990 with the level of environmentalism. The latter was measured using the environmental voting record of the state’s congressmen and congresswomen as rated by the League of Conservation Voters. Previous work has shown voting records are a good indicator of voters’ opinions.

Professor Thomas Dietz, at Michigan State University and who led the research, said that, since 1990, economic growth and rising population usually drove up carbon emissions, but that this could reversed with rises in green attitudes. “If we increase environmentalism at about the same scale as economic growth, we can offset the impact,” he said.

Dietz said the finding also indicated that solutions to environmental problems do not emerge automatically as an economy grows, but needed a broad and strong environmental movement to develop: “From households to businesses, governments and the environmental groups, environmental activism is absolutely essential — these things don’t just happen.”

The study did not examine the mechanisms by which green activism reduced emissions but Dietz said it was likely to be a combination of green policies, more active implementation of those policies and action taken by both households and businesses. The link between environmental voting records and cuts in emissions was statistically very robust, Dietz said.

The voting records of the states were recorded as a score between zero and 100, with some states getting almost full marks and others almost none. Vermont was the state with the greenest voting records and it had the second lowest emissions of all the states, with Rhode Island just behind.

Those states with the least green voting records were Texas, Wyoming, and Louisiana, and these states posted high carbon emissions. Even neighboring states can differ strongly, with North Dakota much less green and having higher emissions than South Dakota.

The next step of the research will examine whether environmentalism improves people’s wellbeing and happiness, as well as examining whether green activism has a measurable effect on other environmental indicators.