Free speech is enshrined in the American ethos. It is a core principle of the Constitution, protected by the First Amendment, and has been defended for centuries in the courts. In Uniontown, Alabama, however, a group of concerned citizens-turned-environmental justice activists are facing a challenge to their basic right to speech, for the simple act of speaking out against the disposal of millions of tons of coal ash in a local landfill. 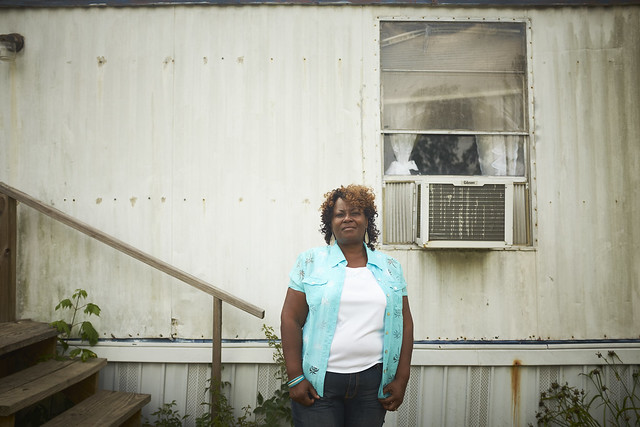 Photo courtesy of ACLUEsther Calhoun is one of four Uniontown residents being sued for expressing concerns about a local landfill.

In April, Green Group Holdings and Howling Coyote, owners of the Arrowhead Landfill, sued four Uniontown residents for defamation. The residents — Esther Calhoun, Benjamin Eaton, Mary Schaeffer, and Ellis Long — are members of Black Belt Citizens Fighting for Health and Social Justice, an environmental justice citizens’ group that has organized against the waste disposal facility. The group is concerned about health and environmental impacts associated with the coal ash disposal at the site, including arsenic contamination. (Following a massive coal ash spill at a Tennessee landfill in 2008, some 4 million tons of spilled ash were transported across state lines to the Uniontown dump site.)

The $30 million suit alleges libel against the four activists for their role in running the Black Belt Citizens Facebook page. Facebook comments cited in Green Groups’ complaint include statements like “[The landfill has] affected our everyday life,” “It’s another impact of slavery,” and “We should all have the right to clean air and clean water.” Calhoun and Eaton were also sued for slander for public statements made on radio and television.

“I was blown away,” says Eaton, vice president of Black Belt Citizens and one of the activists named in the lawsuit, referring to when he first learned of the case. “How can you be [sued for defamation] when all of these things are going on in your community, and you are speaking out against the problems? That is beyond the things that make sense to me.”

Last week, the American Civil Liberties Union (ACLU) filed a motion to dismiss the lawsuit, arguing that it is meritless and a “strategic lawsuit against public participation,” or SLAPP suit. As the ACLU put it in their brief: “None of the statements at issue in this lawsuit goes further than expressing outrage at the presence of a massive coal ash landfill in Uniontown and concern about the attendant (and well-documented) risks to health, property, and dignity.”

“This is a case that implicates very core ACLU values, because it involves citizens organizing and speaking out against a perceived injustice and thereby engaging in the political process,” says Benjamin Good, an ACLU fellow working on the case. “And a 30 million dollar federal lawsuit has a very chilling effect on their ability to speak out.”

“Not only is their speech lawful, but it is at the core of what the First Amendment protects,” Good adds, comparing the case to lawsuits brought against civil rights activists decades ago. 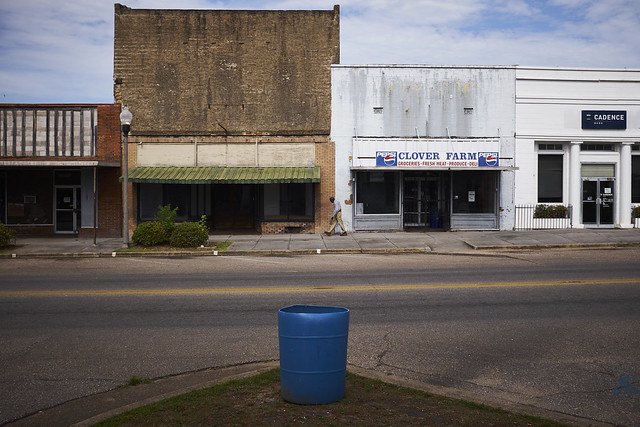 Photo courtesy of ACLUForty-seven percent of the Uniontown’s population lives below the poverty line, and more than 90 percent of the community is black.

The suit might have looked different if it had been brought elsewhere. More than half the states in the United States have enacted anti-SLAPP laws, which provide a remedy against meritless suits intended to silence and intimidate critics. Often, the point of these suits is less to win, more to drag the defendants through court. Alabama, however, has not enacted anti-SLAPP legislation.

The defamation lawsuit is the tip of the iceberg when it comes to the community’s fight against injustice. Forty-seven percent of the Uniontown’s population lives below the poverty line, and more than 90 percent of the community is black. In addition to the landfill, residents contend with a broken sewage system, a smelly cheese plant, a prison, and a catfish farm. Community members are also concerned that the landfill — which sits atop a former plantation where both slaves and tenant farmers picked cotton — threatens one of Uniontown’s historic black cemeteries.

Residents have been challenging the waste disposal facility for years. In 2013, more than 30 community members and community supporters filed a complaint with the EPA alleging that the Alabama Department of Environmental Management violated their civil rights when it reissued permits for the landfill in 2011 and 2012. The complaint argued that the landfill had an adverse and disparate impact on African American residents in Uniontown. As a result, the landfill is now the subject of an EPA investigation.

“State officials would never have allowed the landfill to be here if we were a rich, white neighborhood,” Esther Calhoun, President of Black Belt Citizens, who too is named in the Green Group suit, said in a statement. “They put it here because we’re a poor, black community and they thought we wouldn’t fight back. But we are fighting back and we’re not afraid to make our voices heard.”

Prior to filing the defamation lawsuit in April, Green Group offered the activists a “settlement proposal” that would have required the defendants to apologize to Green Group, authorize forensic searches of their electronic devices, and provide the company access to the group’s social media postings. It also required that they give out details of Black Belt Citizens’ membership, advocacy activities, and communications with other environmental groups, and demanded that the activists withdraw from the civil rights complaint filed with the EPA. Needless to say, the four activists didn’t agree to the terms.

As he awaits news on both the civil rights complaint and the defamation lawsuit, Eaton remains committed to the cause of fighting coal ash in his community. He admits that the $30 million suit has slowed Black Belt Citizens down a bit — just as it was probably intended to. “But it has not worked in terms of shutting us up,” he says. “We are moving forward.”