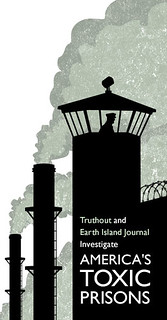 Opponents of the project remain cautiously optimistic while acknowledging that the victory may be temporary— Congress hasn’t yet passed the 2018 budget, and there’s always the possibility that the DOJ could reverse course again at a later time. For now, the Prison Ecology Project is setting its sights on the next battle or battles, which might include: FMC Carswell, a women’s prison in Texas built on a military site and surrounded by Superfund sites; a proposal to build a new prison on a landfill in Utah; a state prison in Hawai’i where the government has tried to skirt the environmental review process; and a proposal to build a women’s jail on a toxic Superfund site in Los Angeles County.