Urine and feces are creating nitrogen and phosphorus levels that would be illegal on farms, scientists calculate.
Damian Carrington The Guardian

Dog feces and urine are being deposited in nature reserves in such quantities that it is likely to be damaging wildlife, according to a new study. 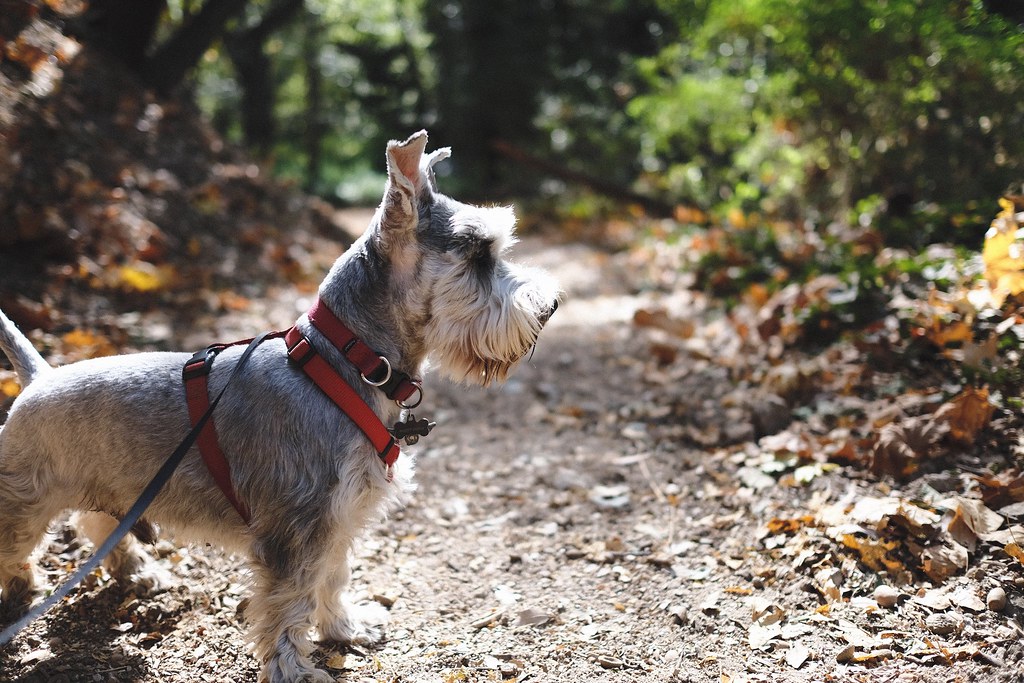 Many dog walkers think that leaving their pet’s excretions in nature will not do any harm, but overfertilization reduces biodiversity. Photo by Brian Gonzalez.

The analysis found that the resulting overfertilization of the ground with nitrogen and phosphorus by footpaths could reach levels that would be illegal on farmland.

The scientists reached their conclusions by counting dog numbers over 18 months in four nature reserves on the outskirts of Ghent in Belgium. They said the situation would be similar across Europe, which is home to about 87 million dogs.

Dogs are fed at home and then excrete nutrients while on walks, leaving an annual average of 11kg of nitrogen a hectare and 5kg of phosphorus, the research estimated. That is a similar level of pollution known to be transported through the air from farming, industry, and traffic fumes, which ranges from 5kg to 25kg of nitrogen, meaning the impact of dog feces and urine is significant.

Many dog walkers think that leaving their pet’s excretions in nature will not do any harm. But most ecosystems are naturally low nutrient environments and overfertilization reduces biodiversity by allowing a few thriving plants, such as nettles and hogweed, to drive out others and the wildlife that depends on them.

“We were surprised by how high the nutrient inputs from dogs could be,” said Prof Pieter De Frenne of Ghent University, who led the research. “Atmospheric nitrogen inputs from agriculture, industry, and traffic rightfully receive a lot of policy attention, but dogs are entirely neglected in this respect.”

The researchers estimated the illegal levels of nitrogen and phosphorus in situations where dogs must be kept on leads and can only stray 2 meters either side of a path. “Those levels are quite staggering, as our study concerned nature reserves,” he said. “Of course, there are a lot of beneficial effects [to walks in nature], both physically and psychologically, for owners and their dogs but the drawback is bringing in significant amounts of nutrients.”

De Frenne said the level of dog ownership is very similar in many countries in western Europe, so he saw no reason why the situation would be different elsewhere to that in Ghent. British charity Plantlife has warned that nitrogen pollution is “one of the greatest threats to our wild plants, lichens and fungi, yet little is being done to tackle it”.

The research, published in the journal Ecological Solutions and Evidence, counted more than 1,600 dogs during 500 nature reserve visits, at all times of day and all days of the week. They combined this data with the known levels of nitrogen and phosphorus excreted by dogs to estimate the total nutrients deposited.

The scientists had recorded whether the dogs were on leads or not and when this was taken into account, 126kg/ha/year of nitrogen was deposited by paths and 4kg/ha/year over the rest of the nature reserves. If the dogs were all kept on leads, the amount jumped to 175kg/ha/year by paths, with a similar rise in phosphorus.

Picking up and taking away all the dog feces removed almost all the phosphorus, but only half the nitrogen, because dog urine contains significant nitrogen but little phosphorus. “Urine is, of course, difficult to take away,” said De Frenne. Previous research found that high nutrient levels can persist even three years after dogs are banned.

“An important first step is making dog owners aware of this fertilization effect,” De Frenne said. “I think many people will just pick up the feces.” But the urine would remain and he said managers of nature reserves with sensitive ecosystems could consider banning dogs, which already happens in some places to protect birds and other wildlife.

Rob Stoneman, director of landscape recovery at The Wildlife Trusts, UK, said: “Nature reserves are special places for nature conservation, where wildlife and fragile habitats are protected. Obviously poo is a part of nature, but dog poo contains nutrients which can damage the ecology of vulnerable habitats. Wherever you walk your dog, it is important to pick up, bag and bin poo, to ensure the continued protection of these wild areas for us all to enjoy.”

De Frenne said the next steps for the research could involve soil analysis to check the estimates made in the current study and extending the analysis to pet cats.