Countries were asked to submit their best climate action plans ahead of December climate talks, and pledges announced so far show that developing countries are ready to act
Justin Gerdes

The emerging framework for the global climate agreement under consideration in Paris at the end of the year upends 20 years of thinking about how best to tackle rising greenhouse gas emissions. Gone is the top-down process, as enshrined in the Kyoto Protocol, under which emissions reduction targets were assigned exclusively to the countries that happened to be the world’s biggest emitters in 1992. Instead, under a deal agreed to at the climate talks held in Warsaw, Poland, in 2013, countries were tasked with submitting voluntary domestic climate action plans this year. While the same commitments won’t be asked of every country — developed countries are still expected to do more, sooner — the Paris agreement itself will be applicable to all countries. 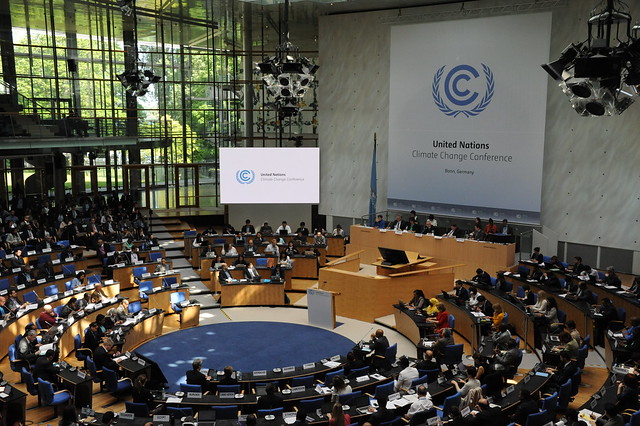 The building blocks of the Paris agreement are the climate actions plans — or “intended nationally determined contributions” (INDCs) in UN lingo — that lay out steps to be taken after 2020. Developed countries were asked to submit their plans first, by March 31. The United States, European Union, and Switzerland, met the deadline; laggards such as Japan, Canada, and Australia did not. China’s INDC was unveiled on June 30, and as of this writing, 43 countries have submitted INDCsto the United Nations Framework Convention on Climate Change (UNFCCC). The final deadline for all countries to submit plans is October 1, after which the UNFCCC will prepare a synthesis report, due November 1, to assess whether emissions reductions on offer are sufficient to hold global warming below 2°C.

Among the INDCs submitted thus far are several welcome surprises. While Climate Action Tracker (CAT), an independent scientific analysis produced by four organizations tracking climate action, panned plans submitted by Canada and Russia as “inadequate,” CAT and other independent experts found much worth praising in pledges made by a handful of developing countries now in the vanguard of responsible climate actors.

On March 30, Mexico submitted the first INDC from a developing country. Mexico pledged to reduce its greenhouse gas (GHG) emissions by 22 percent and black carbon by 51 percent by 2030, and to halve its GHG emissions by 2050. The package also includes a GHG emissions peak year target of 2026 and a comprehensive adaptation plan.

Earlier this month, Morocco submitted the first INDC from an Arab country. The plan envisions emissions reductions of up to 32 percent from business-as-usual levels by 2030. Morocco also pledged to generate 25 percent of its electricity from renewables by 2025 and to reduce fossil fuel subsidies.

On June 10, Ethiopia submitted the first INDC from a least developed country. The plan includes a 64 percent reduction in emissions from business-as-usual levels by 2030, which “represents a major shift” — under conventional growth the country’s GHGs were projected to more than double by 2030 — and is “a deeper cut than might be expected of a least developed country,” says the World Resources Institute (WRI). “If resources are available, Ethiopia has demonstrated its commitment towards a low-carbon economy, establishing itself as a leader that the rest of the world can follow.”

As alluded to in that last line, climate ambition in developing countries rests, in part, on financial assistance from rich countries. With international support, Mexico says it could achieve even deeper emissions reductions (36 percent GHGs, 70 percent black carbon) by 2030. Nineteen percent of Morocco’s 32 percent emissions cut target is “conditional,” the country says, on outside funds. Ethiopia says it will need investment of more than $150 billion by 2030 to meet the goals outlined in its INDC. The government says it will prepare an analysis to determine how much of that money can be mustered at home and how much will come from international support. Fortunately, one of the primary instruments expected to deliver substantial assistance to developing countries, the Green Climate Fund, a financial mechanism developed under the UNFCCC and staked with $10.2 billion in initial pledges, is poised to disburse its first funds. Left to be resolved in Paris is how rich countries plan to mobilize the $100 billion per year by 2020 in climate finance they pledged at the 2009 Copenhagen climate talks.

Aside from access to funding, another question looms: Will the pledges on offer be enough? The consensus among negotiators, NGO observers, the International Energy Agency, and other stakeholders is that the pledges announced in Paris will not be sufficient to prevent global average temperature rise from exceeding 2°C. Ambition will have to be ratcheted up in subsequent years. The United States has proposed that countries make pledges on five-year cycles so that commitments can be strengthened as necessary.

“I cannot stand here and say any one of those [INDCs already submitted] is absolutely the best submission that could have been put on the table,” UNFCCC Executive Secretary Christiana Figueres told an audience at Climate One, in San Francisco, on June 16. “In fact, we already know that the sum total of all those carbon management plans, of which we expect to get at least two times as many by the time of Paris, will not put us on a path of staying within the below 2°C goal that governments have agreed to and that science has suggested.”

She went on, “Part of the complexity of the Paris agreement is: How do you construct something that receives and acknowledges all of those carbon management plans as being a baseline, a first step? But, also, how do you construct the way forward that treats those only as a first step, as a down payment, and then takes everyone together in an increasingly collaborative manner toward the final, ultimate destination which is the very difficult but absolutely necessary balance between the greenhouse gases that we will have and the natural absorption of the planet. That is very difficult to obtain, and even difficult to conceive right now, that we could get to that point. But it’s the only way out.”

Figueres’ emphasis on viewing INDCs as a first step highlights another reason why the climate action plans put forward by Mexico, Morocco, and Ethiopia are so encouraging and worth celebrating. For many developing countries, the process of preparing an INDC constitutes a first attempt to undertake long-term planning on renewable energy deployment, de-carbonization, and adaptation. Aside from the obvious financial limitations, many of these countries lack the resources, staffing, and technical expertise necessary to prepare and implement a climate action plan.