Economic relief is essential, but it shouldn't entrench fossil fuel dependence across the global economy.
Fiona Harvey The Guardian

The economic rescue packages to deal with the impact of the coronavirus must also be green, a growing chorus of environmental campaigners have urged, concerned that hasty measures will lock the world into a high-carbon future.

“Governments need to put huge amounts of money into trying to sustain jobs and livelihoods,” said Mary Robinson, a former Irish president and UN high commissioner for human rights, who served twice as UN climate envoy. “But they must do it with a very strong green emphasis. The threat from climate change is as real as the threat from Covid-19, though it seems far away.”

“Money has poured into the fossil fuel industry since the Paris agreement [of 2015],” she said. “That can’t continue.”

But she said the changes wrought in societies around the world by dealing with Covid-19 would also demonstrate to people that the changes needed to achieve a low-carbon future were much less drastic and far more palatable. As far as the climate was concerned, “we must not go back to bad habits afterwards”, she said. “It will be easier to persuade people, as we have had to change so dramatically because of this threat.”

Economic plans worth trillions of dollars in public money are being rolled out to stave off the immediate collapse of some badly hit businesses, such as airlines and tourism – and to protect the incomes of workers in danger of redundancy as normal life becomes impossible across Europe and large parts of the US, as it already has in many parts of east Asia.

But while people’s health and the immediate welfare of workers caught up in the crisis are paramount, campaigners and experts fear that if the longer-term packages are not carefully designed they will only entrench fossil fuel dependence across the global economy.

“Governments are drawing up stimulus plans to counter the economic damage from coronavirus,” said Fatih Birol, the executive director of the International Energy Agency. “These stimulus packages offer an excellent opportunity to ensure that the essential task of building a secure and sustainable energy future doesn’t get lost amid the flurry of immediate priorities.”

The Bank of England is resuming its quantitative easing program of buying up assets to create liquidity in the financial system, as it did after the 2008 crash, but there are concerns that the program has previously been used to buy bonds from fossil fuel companies including Shell, BP and Total.

There have been calls in some areas, such as eastern Europe and in Asia, to ignore climate concerns and pour stimulus money into existing high-carbon businesses and fossil fuels, rather than seeking a balance with a longer-term view that includes the need to curb emissions.

John Sauven, the executive director of Greenpeace UK, said governments must act urgently to protect people’s livelihoods, which could be done without directing the money to prop up ailing sectors whose long-term future was already threatened by the climate crisis.

“Decisions are being made now about whether to spend billions rescuing airlines, cruise ships, the oil and gas industry, among many others,” he said. “Bailing out the shareholders of dirty industries to continue business-as-usual rather than protecting workers and their families means we would have learnt nothing from the bank bailout during the financial crisis.”

Green campaigners have long talked about a “just transition” that would enable workers to move away from fossil fuel-dependent jobs and into skilled jobs with long-term low-carbon prospects. They argue this is compatible with tackling the coronavirus, too – but only if governments resist calls to downgrade environmental aims in light of the new crisis.

“Diluting or doing away with environmental regulations to get a quick economic hit, as China and Poland are suggesting, would be misplaced – out of the frying pan, into the fire, even if the fire seems a few years away,” said Shaun Spiers, the executive director of the Green Alliance thinktank. “It is striking that the ruling party in South Korea has not let coronavirus deter it from proposing a green new deal election manifesto. But I would expect the UK to prioritize the immediate economic impact while also applying a climate lens and thinking about the longer term.”

In the US, campaigners are concerned that Donald Trump’s hostility to climate science and wooing of fossil fuel industries will skew the economic rescue packages in harmful ways. The planned bailout for airlines and the cruise industry’s request for cash are an immediate worry.

“Given that airlines produce a very large and growing amount of climate pollution, any financial assistance should include requirements that these companies take action to reduce their emissions,” said Annie Petsonk of the US-based Environmental Defense Fund. “The cruise industry, which has also requested billions in aid, has serious environmental impacts as well, and should meet new standards in exchange for government funding.”

She said that in return for public money, companies should give firm commitments on carbon. “[That] would be a major step in the fight against climate change. Taxpayers, many of whom are now struggling financially, have the right to expect responsible behavior in exchange for bailouts. They should not be funding private businesses only to see them create more costs for the public – in the form of climate impacts – in the future.”

For many experts, the vital point is that the lessons from the stimulus following the financial crisis more than a decade ago are learned. Then, as now, global greenhouse gas emissions paused as the crisis hit. But after the immediate impact, emissions began their steady rise again and have continued to do so since, partly because the chance was missed to use the vast amounts of public money to set the world on a green path.

“Given the state will never again play such a powerful role in our economy, and more broadly the global economy, if there was ever a time to join the dots between responding to the health emergency and the climate and nature emergency then this is it,” said Sauven. “The worst case would be that you haven’t used this awful crisis to reorientate the economy to achieve a much better outcome for people and the environment globally.”

Fiona Harvey is an award-winning environment journalist for The Guardian. Previously, she worked for the Financial Times for more than a decade. She has reported on every major environmental issue, from as far afield as the Arctic and the Amazon, and her wide range of interviewees include Ban Ki-moon, Tony Blair, Al Gore and Jeff Immelt

Good Fire on the Klamath

Economic relief is essential, but it shouldn't entrench fossil fuel dependence across the global economy.

A fundamentalist Christian organization has purchased a helicopter with plans to visit and convert isolated groups in remote Brazilian rainforest.

As coronoavirus pandemic shrinks demand for oil, experts say it's time to move towards alternatives. 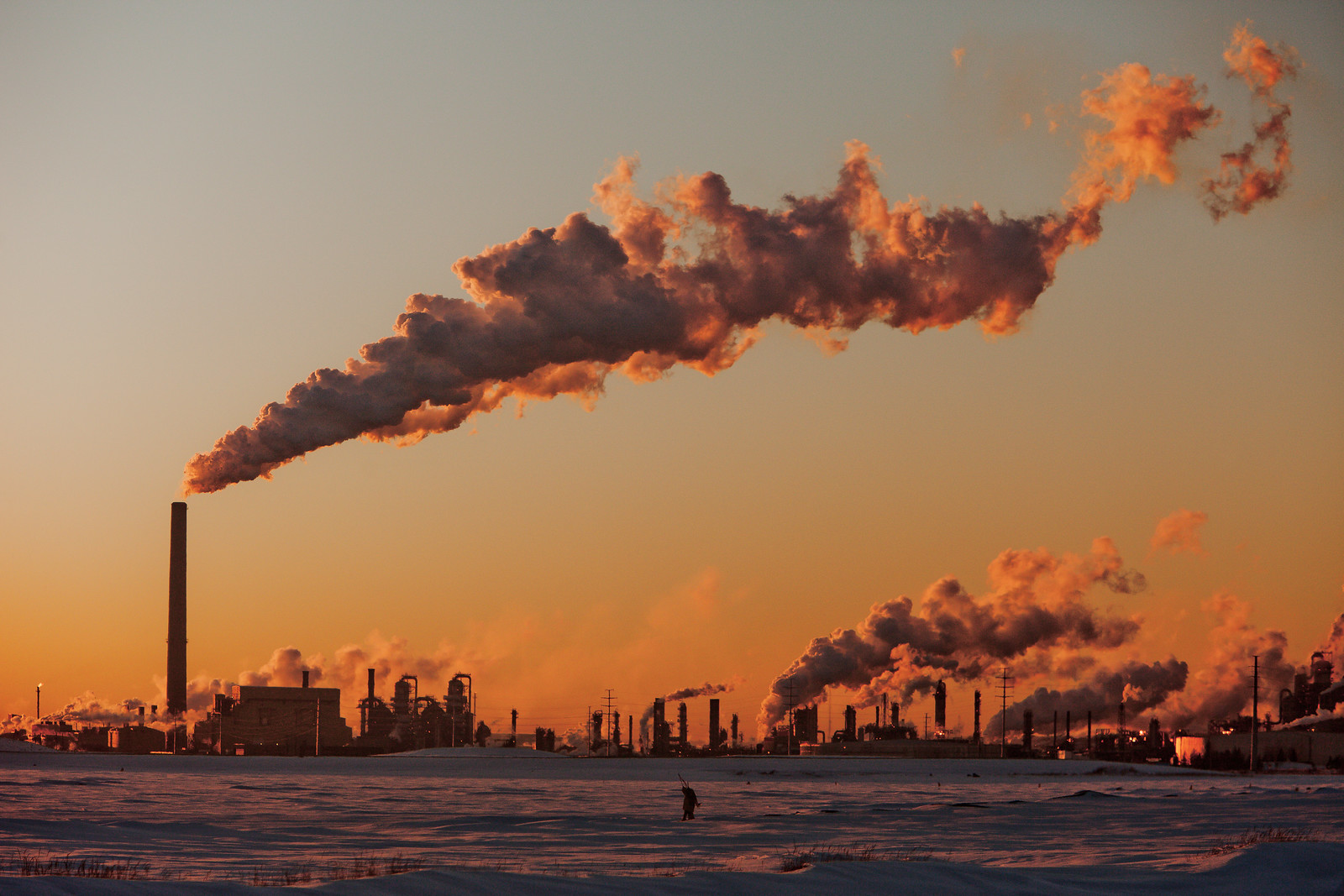 On Climate Change, Kids Should be Both Seen and Heard 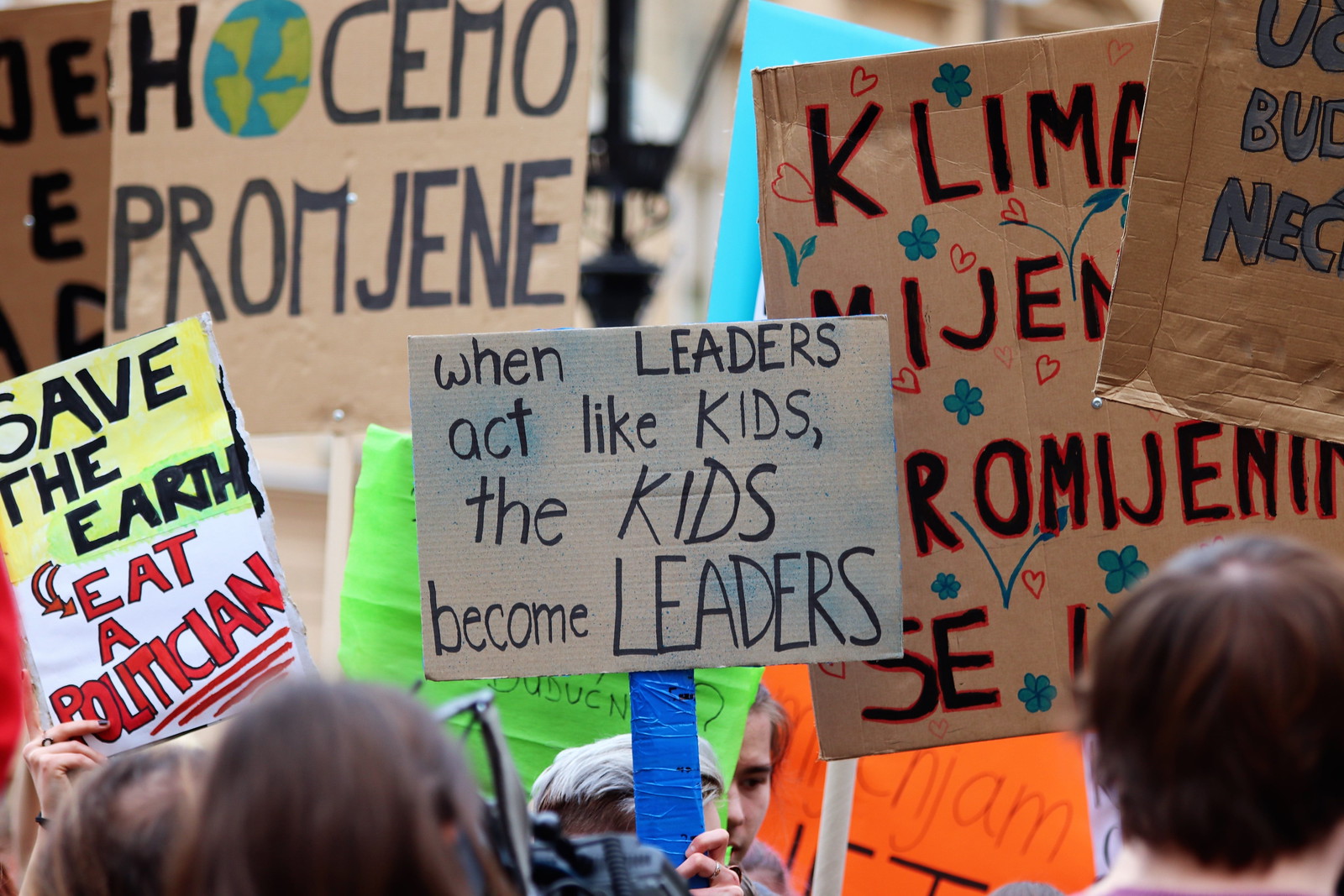