Climate change is a threat to my family history, my home, and my heritage
Christopher Round 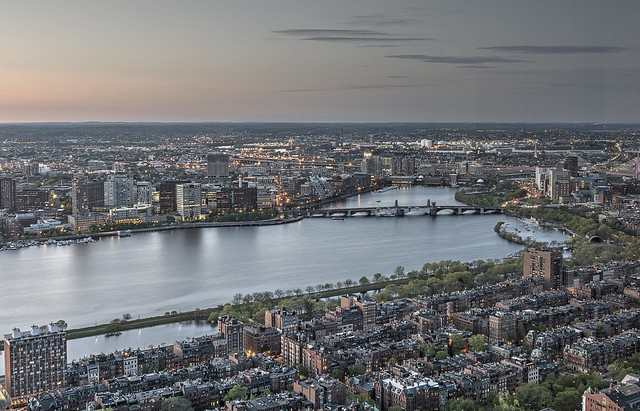 Photo by Bill DamonLongfellow Bridge across the Charles River that connects Cambridge and Boston. Cambridge is one of many places along the east coast that are simultaneously connected to the author’s family history and imperiled by climate change.

When I was 23, my favorite part of the day occurred around 7 a.m. each morning when I was taking the train on the red line into Cambridge, the city where I was born. The train would cross over the Charles River via the Longfellow Bridge as the sun rose and its light began to sparkle across the water. As I would watch the boats from the windows of the train car, I’d enjoy my brief personal paradise. Cambridge is one of many places along the coast that are simultaneously connected to my family history and imperiled by climate change.

If you get off the train shortly after crossing the Charles, you’ll find yourself by the campus of the Massachusetts Institute for Technology (MIT), the school every aspiring science nerd dreams of attending. Back when my father was in college, he used to visit his high school friend here and study in the library. My father-in-law attended MIT for his doctorate in chemistry. Even if you never set foot on campus, some of its landmarks, especially the iconic Great Dome, may be familiar to you, especially if you’ve watched Good Will Hunting.

Should the sea level rise to the levels expected by the end of the century, much of MIT’s campus will be underwater.

Sitting on the red line a little longer will bring you to Harvard square. Harvard is where my story as an activist really begins. While I was intensely interested in climate change and had already made the decision to study it, it wasn’t until my friend and prominent activist Chloe Maxmin handed me a flier: “Care about climate change? Want to do something about it?” that I really got involved in climate action. I showed up to the first meeting for the Divest Harvard campaign, and the next, and the one after that. In those early meetings, I made a joke that we would know we were on the right path if a pundit from Fox News made fun of us. (That joke became reality the week before finals, when a pundit compared us to terrorists and suggested we buy copies of his book, The Audacity of Hate, to burn to keep warm during the winter.)

A favorite talking point of our campaign was the main administrative building, Mass Hall, which could find itself swamped with two feet of water by the end of the century. I have memories of sitting on the grass next to Mass Hall, reading and enjoying the fresh air; but the thought that such a lovely place could soon be submerged always hung over me. Though I only attended Harvard for a semester as a special student, I stayed active as a member of the Divest Harvard campaign for a year before I left to continue my studies at Indiana University.

If you travel along the Charles River a little further from where the train crosses over from Boston, you will find Mount Auburn hospital, where I was born 28 years ago. I recently found a website that visualizes the Boston area under different climate and flooding scenarios. In 2050, a serious storm could flood out the hospital where I was born, and by 2100 it could be permanently underwater.

If your train changed directions and went south on the red line, you would inevitably travel past some of the buildings my uncle had a hand in constructing. When used to visit my uncle’s home, I would see binders dedicated to things like LEED standards for energy efficient buildings. The company he worked for built many of the buildings in Boston. One of them, another hospital, sits right on the water. When it was being built, they used climate projections to protect the site against two feet of sea level rise. This projection, while useful, will only get the hospital to mid-century. By 2100 sea level rise will likely have tripled. In the worst-case scenarios it could rise even more.

As the train kept heading south, getting to the ocean and closer to south shore, you would pass by the gorgeous UMass Boston where my brother went to school for a few years. I wrestled in the gymnasium there many times. The university’s John F. Kennedy library sits right next to the ocean. While the campus sits on a hill, by the end of the century, it would take only one powerful storm for it to suffer the same fate as MIT.

After changing trains a few times and grabbing a cab, you would reach Squantum — a community on a peninsula connected to Quincy. This is the south shore, dominated by former fishing communities and traffic going to Cape Cod. You wouldn’t travel to Squantum without reason. It’s a sleepy community that seems like a great place to raise a family. Squantum was where my mother and her two brothers grew up. On occasion, we would make the drive to see my grandparent’s old house and to walk around. We would always stop at the same beach side restaurant where I would order seafood. A historic blizzard in 1978 turned Squantum into an island by putting the road connecting it to the mainland under water. Climate change will leave much of Squantum submerged.

If you travel even farther south, leave Massachusetts and take I-93 down into Connecticut and brave the traffic near New York City, cross into New Jersey and get away from Newark and Paterson, you would reach the coast. After traveling through towns that were damaged and destroyed by Hurricane Sandy, you would eventually reach the town of Asbury Park. Asbury Park has been immortalized in our culture by the music of Bruce Springsteen. For me, though, it is more than the songs on a record. Asbury Park is where I married my wife, whose family lives in the area. Our wedding venue was a few miles inland, but our wedding hotel had an ocean view on the upper floors. You could see the beach from our wedding suite. This weekend, I’ll go walk on that beach. I wonder if it will be here for my thirtieth anniversary, or if my kids will walk on those beaches with their kids. 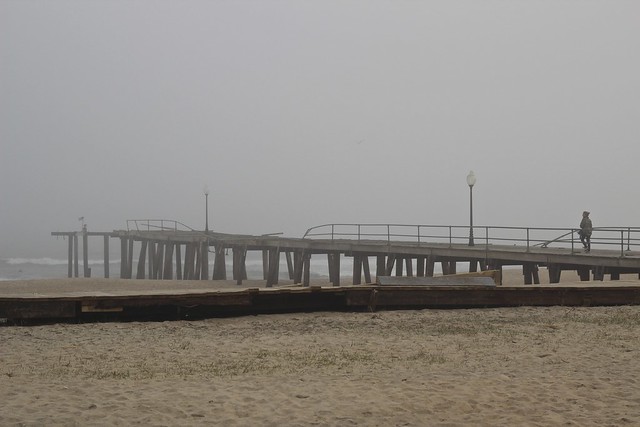 Photo by Shawn PerezA beach in Ashbury Park a few months after Hurricane Sandy.When we talk about climate change in the United States, we forget it is the entirety of both of American coasts that is in danger.

When we talk about rising sea levels, the conversation is usually centered on small island nations. This focus is completely fair. The people who live on these islands have contributed just a tiny amount of the greenhouse gas emissions that are causing climate change. When compared to large countries like mine, their contribution is virtually invisible.

When we talk about climate change in the United States, fingers are usually pointed to Florida, but we forget it is the entirety of both of American coasts that is in danger. For Americans who have lived out their lives on the coasts, it is easy to forget that it is not just our beaches, but also our personal and family histories that are at stake.

I live in Washington D.C. now, far from left-wing Cambridge or blue collar Republican fishing communities south of Boston, and further still from the forests of central and Northern New England where I grew up. I became a member of the climate movement to curtail the ongoing sixth extinction, and to save those communities in places like the Maldives and Bangladesh who did nothing to prompt the catastrophe they face. As I have gotten older, though, my personal connection to this crisis drives me to find solutions to save my home, too.

I used to the walk the same streets in Wakefield, Massachusetts that my great-grandfather walked every day. One street in particular has beautiful small trees planted on both sides of the road. My great-grandfather, a successful local politician and businessman, had been walking down that street decades before my father was born and noticed there were no trees in sight. So he donated money to plant the trees, and decades later I can walk past and admire them. There is a park named after him, near where he donated land to be preserved by the town. I can visit these and so many other areas that played a major role in my family’s history. Will my descendants be able to do the same? Wakefield is protected by being inland, but what about the rest of these locations? What about where I was born? Where my wife and I were married? Where my mother grew up? The answer to those questions will be decided by choices we make now, and it is not just my family’s story that could be erased. Nearly 123 million Americans live near the coast.