When it comes to wildlife trade and trafficking, sadly, way too many roads lead to China. Usually, it’s the demand for animal parts to be used in traditional Chinese medicine that spurs this trade, but now there’s growing demand for live animals, especially marine mammals, for the country’s exploding theme park industry. 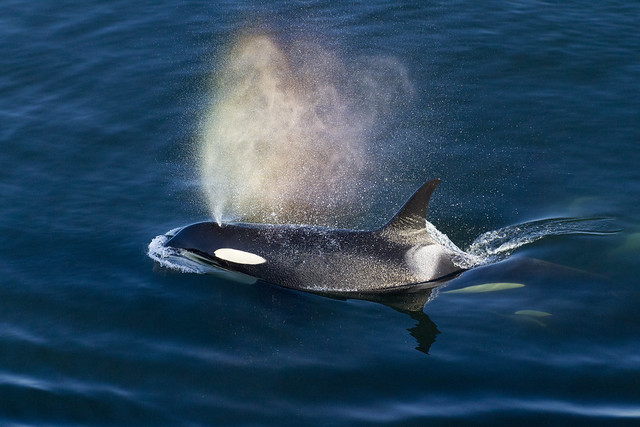 Photo by Miles Ritter China currently has 39 marine parks of various sizes. Another 14 such facilities are under construction.

Late last month, it was revealed that the Namibian Fisheries Ministry was considering a proposal by a Chinese-owned company, Welwitschia Aquatic and Wildlife Scientific Research, requesting the capture and export of endangered dolphins, orcas, and other marine mammals animals to China for “breeding purposes.” (The company appears to be registered in Namibia but is owned by a Chinese businessman.)

The company has offered 300 million Nigerian dollars (about US $95,000) for the deal, claiming the export is important for the protection and management of these marine resources, while admitting at the same time that the market in China for these marine mammals is “enormous.” It also says it will strictly abide by international and Namibian laws and regulations in managing the marine species.

However, several of these species, such as orcas, are protected under the Convention on International Trade in Endangered Species (CITES), making it illegal for any entity to capture and export them.

The request points to the deeply troubling explosion in the demand for captive animal entertainment in China, despite a growing understanding of the physical and psychological harm that captivity causes for all species. The country currently has 39 marine parks of various sizes, from massive 326-acre facilities like Chimelong Ocean Kingdom in Guangdong province to tiny tanks in shopping malls that barely leave any space for the animals to move around. Another 14 such facilities are under construction.

China now represents the fastest-growing market for live cetaceans on the planet.

According to a report by the China Cetacean Alliance, a coalition of international animal protection and conservation organizations, these parks hold captive at least 491 cetaceans, representing 11 species, including seven species of dolphins, beluga whales, short- finned pilot whales, and narrow-ridged finless porpoises. (Bottlenose dolphins and beluga whales are the most commonly held species.) 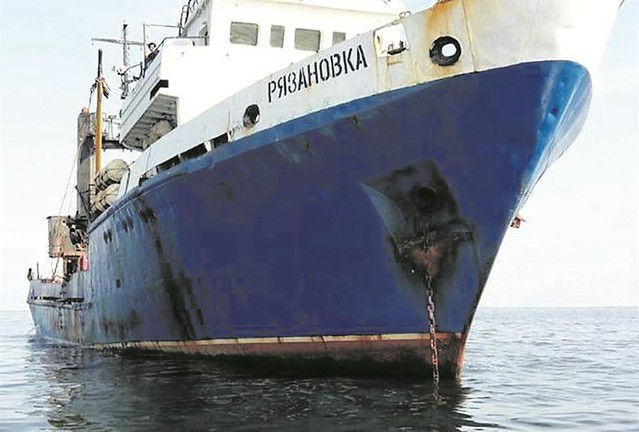 Photo courtesy of Allgemeine Zeitung A Russian vessel, the Ryazanovka, known to have been involved in the controversial capture of orcas in the Sea of Okhotsk in eastern Russia, has been has been docked at the Namibian port town of Walvis Bay since August.

Welwitschia’s proposal, according to documents seen by The Namibian, disingenuously implies that the country’s fish catches have declined because of a recent increase in dolphin, whale, and seal populations in the area, and that Welwitschia’s scientific project would help Namibia understand how these marine mammals were impacting local fisheries.

If that wasn’t surreal enough, Lawrence Anthony Earth Organization, a conservation group working on this issue on the ground in Namibia, points out some of the marine animals requested by Welwitschia do not even exist in Namibian waters. And the country’s fisheries ministry says even the species that do exist in the region do not exist in the numbers requested by the company.

Even more disturbing is the fact that the company seems to have come prepared to capture at least some of these animals. A Russian vessel, the Ryazanovka, manned by a Chinese crew, has been docked at the Namibian port town of Walvis Bay since August. Ryazanovka is known to have been involved in the controversial capture of orcas in the Sea of Okhotsk in eastern Russia some years ago. Conservation groups say those orcas were almost certainly transferred to China, where they have been kept in hiding since. (Since the capture of killer whales has been banned in most parts of the world where they live, Russia’s Pacific coast is now one of the last remaining legal orca-hunting areas.)

The Chinese are also leveraging themselves by negotiating military bases in Namibia. Negotiations for one such proposed military base started with Namibia during 2014, Earth Island Institute’s International Marine Mammal project points out.

“Granting this permit would be catastrophic for orcas and other dolphins,” says IMMP director Dave Phillips. “These blood dolphin traders leave a trail of death and depletion. The orcas and dolphins they capture face inhumane treatment and shortened lives in concrete tanks.”

Should it be approved, the proposal would have a devastating effect — not only for the captured individuals, but potentially for the Namibian marine ecosystem as well.

Time is off the essence here. The Namibian government is still undecided as to whether it will allow the captures to move forward and has indicated that it will make a decision in this regard within a few days. IMMP and other conservation groups are calling on individuals and organizations to sign this petition urging the Namibian government to reject this massive trafficking scheme.