Challenges to Building a Global Renewable Energy System Can be Overcome

This is the third part of an exchange about the climate crisis and a global green new deal vs degrowth as possible solutions between Robert Pollin, a world-renowned progressive economist, and Don Fitz, a social psychologist, author, and Green Party leader. The full exchange originally appeared in ZNet. Read the rest of the debate.

Don Fitz’s response to my two interviews makes two major assertions: 1) Reducing overall consumption and working fewer hours provides a viable path on its own to stabilizing the global climate; and 2) Renewable energy sources, such as solar and wind power, are not really “clean” even though they supply energy without generating CO2 emissions. I will address these in turn. 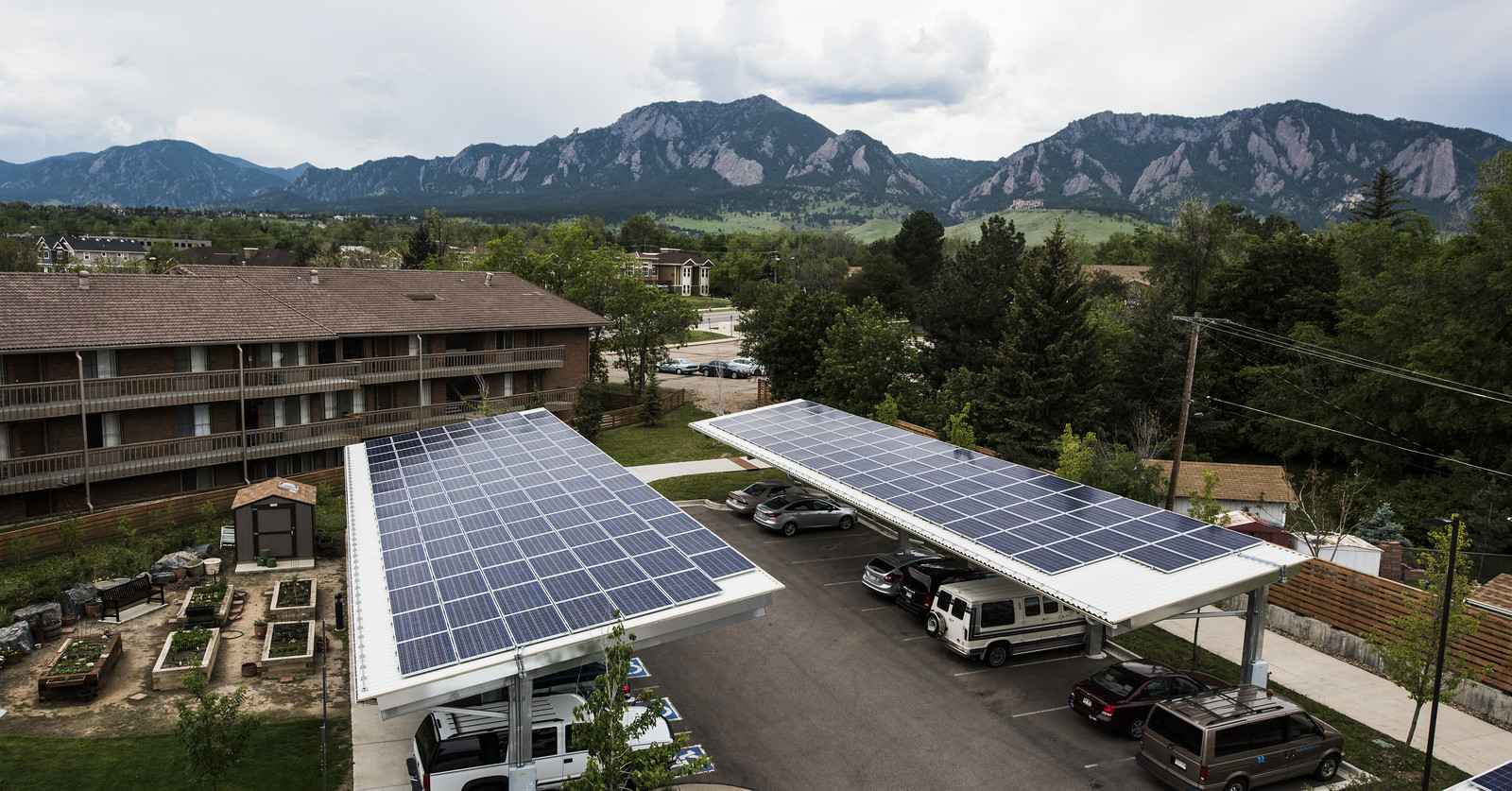 With the US as a high-efficiency economy, more than half of the necessary surface area for renewable energy projects could be provided through locating solar panels on rooftops and parking lots throughout the country. Photo by National Renewable Energy Lab.

As I state at the outset of my first posted interview, on “degrowth,” I strongly agree that “a significant share of what is produced and consumed in the current global capitalist economy is wasteful, especially much, if not most, of what high-income people throughout the world consume.” Fitz is merely setting up a straw-person in suggesting that I think otherwise.

More pertinently, Fitz seems to believe that that we can move the global economy onto a viable climate stabilization path if we all consume less, work fewer hours, and eat less meat, while also shortening global supply chains and making cities more walkable. This appears to be the case, in his view, even if we do not transform our global energy system from one dominated by fossil fuels to one dominated by sources that are CO2-emissions free. He offers no evidence to support his position. In fact, there is no evidence that supports his position.

To get into some specifics: the world economy emitted about 34 billion tons of CO2 into the atmosphere as of the most recent 2018 data. Most of these emissions result through burning oil, coal and natural gas to produce energy. The IPCC has said that we need to cut these emissions from burning fossil fuels by about 50 percent as of 2030 — only a little more than 8 years from now — and to be at net zero emissions by 2050.

I myself have always strongly emphasized, including in both the interviews, the centrality of investments to raise energy efficiency standards throughout the world. That means, among other things, significantly upgrading the heating, lighting, cooling, and insulation equipment in buildings, greatly expanding public transportation systems, and producing much more efficient private vehicles. However, even if we make these critical investments to raise efficiency standards, at best we will be able to reduce global energy consumption in the range of 5 to 10 percent. This assumes, as I said in the degrowth interview, that “people are still going to need to consume energy to light, heat and cool buildings, to power cars, buses, trains, and airplanes and to operate computers and industrial machinery, among other uses.”

In particular, I strongly favor, as part of any minimally decent global egalitarian program, a significant increase in access to energy for lower-income people in all regions, to enable them to raise their living standards. I do not think that Fitz’s claim that “humanity does not need more crap” applies to the roughly 70 percent of the world’s population — 5.5 billion people — that lives on less than $10 a day. It is critical to be able to provide, for example, warm, well-lit living spaces, high-quality public transportation, and access to the internet as efficiently as possible for this overwhelming majority of humanity.

Fitz appears to believe, without providing evidence, that we can cut global energy consumption by far more than 5 to 10 percent without cutting the living standards of low-income people. But let’s note that even if we were to cut global energy consumption by, for example, an implausible 50 percent by consuming “less crap” and working fewer hours, we would still be only half way to bringing CO2 emissions down to zero, as long as we maintain intact our current fossil fuel-dominant energy infrastructure.

In short, there is simply no getting around the fact that we need to supplant our existing fossil-fuel dominant energy system that is the main cause of the global climate crisis with an alternative system that delivers abundant energy without generating CO2 emissions. This is where renewable energy becomes critical. Of course, there are significant challenges to address in building out a global renewable-dominant energy system. But none of these challenges are insurmountable, as Fitz suggests. For example, Fitz cites the obvious matter of intermittency with solar and wind power — that the sun isn’t always shining and the wind isn’t always blowing at any given location. But this problem can be solved through continuing to make advances in battery storage and electricity transmission systems. It is also the case that other renewable sources — geothermal, hydro, and low-emissions bioenergy — are not intermittent. They can serve as supplemental energy sources in combined renewable energy systems.

Fitz cites examples of renewable energy projects being built in ways that disrupt communities and natural habitats. Such concerns are valid. The land-use issues around building a renewable energy infrastructure need to be addressed with great care and democratic decision-making. But as a general proposition, it is useful to start from the calculations of the Harvard University physicist Mara Prentiss that with the US as a high-efficiency economy, more than half of this necessary surface area could be provided through locating solar panels on rooftops and parking lots throughout the country. Beyond this space provided by rooftops and parking lots, solar energy sources using existing technologies could supply 100 percent of US energy demand while consuming somewhere between 0.1 and 0.2 percent of additional US land area.

If Fitz is convinced that renewable energy unavoidably produces “devastating consequences,” then it is incumbent on him to present his superior alternative. Does he favor maintaining the existing fossil-fuel dominant system? Would he prefer a global transition to a nuclear-powered energy system? Does he think that having everyone consume “less crap” will wipe out most of the world’s demand for energy from any and all sources?

As a final note, I think it would be constructive if Fitz could restrain his rhetoric, along with filling in the major gaps in his analysis that I have noted here. For example, Fitz writes that I claim that the resolution of the climate crisis “may require strengthening capitalism.” Here is what I actually said at the end of the degrowth interview: “The Green New Deal… is, in my view, the only way through which climate stabilization can become fully consistent with expanding decent work opportunities, raising mass living standards, and fighting poverty in all regions of the world.” In this spirit, it is encouraging that 20 labor unions in California — including the state’s oil refinery workers’ union — endorsed the Green New Deal program for the state that I co-authored and describe in the second posted interview.