The current drought is putting a strain on aging water infrastructure across the state, including in the Silicon Valley.
Callie Rhoades

California saw a brief relief from arid conditions in December and into the new year as heavy rainstorms hit the coast and snow buried much of the Sierra. But the majority of the state is still gripped by drought. According to the US Drought Monitor, over 80 percent of the state is experiencing severe drought, and that is hitting communities hard across the state, contributing to severe wildfires, limiting agricultural output, and leaving many people in dire need of drinking water.

This past summer, local drought emergencies were declared across the state, including in Santa Clara County, south of the San Francisco Bay, which declared an emergency in July. There, some residents have seen their water bills skyrocket. Others have seen their taps run dry.

“Santa Clara County is probably one of the most grim, dangerous counties in the state,” said Gary Kremen, vice chairperson of the Santa Clara Valley Water District, known as Valley Water. “That’s because most of our storage is out.”

Despite the recent rain, Santa Clara County’s challenges are indicative of larger infrastructure issues in California’s water rate-setting system. In 2021, the State Water Resources Control Board found that 21 percent of California’s drinking water systems have rates that are “unaffordable” to the residents they serve, based on the medium household income. The cost of water bills in these systems inhibits community members’ ability to pay for drinking water to cover their basic needs.

“I’m talking about people who get water bills that eat into literally their eating,” said Kremen.

San Jose Water, a public utility company for Santa Clara County, states in a rate notice that increases in rates over the last several years are due to the costs associated with improving infrastructure and reliable water service. As of last July, customers of San Jose Water had seen an average monthly rate increase of 4.38 percent since the beginning of the year due to increased pricing from Valley Water, the water wholesaler for Santa Clara County and San Jose Water. According to Valley Water’s website, this increased pricing is necessary to take on the “monumental task” of financing enough water for the drought-stricken county.

Santa Clara’s challenges have been compounded by the fact that the Anderson Reservoir, one of the largest sources of drinking water for the county, was drained in February 2020 to just 3 percent capacity for the Anderson Dam Seismic Retrofit Project. While this project has been implemented to protect future water supplies and surrounding community structures from leaks that might result from severe earthquakes, it has left the county in a dire position.

Lucy Andrews, a PhD student in the Department of Environmental Science, Policy and Management at the University of California, Berkeley, and a former consultant for Water Systems Optimization, suggests that Santa Clara’s current storage situation could have been avoided.

In Andrews’ opinion, the draining of the Anderson Reservoir was inevitable due to its status as “a high hazard dam, in incredibly unsatisfactory condition.” However, if that problem had been addressed earlier, Andrews suggests, Santa Clara County may have been more prepared to face the current drought conditions.

“That is just a classic example of what happens when you pass the buck,” said Andrews. “Had they identified this shortcoming and chose to remediate it 20 years ago, it might have had a very different price tag. They probably could have done it while maintaining a degree of storage.”

The Anderson Dam Seismic Retrofit Project leaves Santa Clara County relying primarily on water imported from surrounding areas with larger and more reliable water storage. The majority of this water is sourced from the State Water Project and the federal Central Valley Project, which both pump water from the Sacramento-San Joaquin Delta into a series of aqueducts and reservoirs for distribution across the state. Valley Water also imports water from the San Luis Reservoir in Merced County.

William Armaline, director of the Human Rights Institute at San Jose State University, sees this water storage issue — and its ensuing environmental justice consequences — as an infrastructure issue. “In the infrastructure bill we all need — know we will need anyway — to think about water storage and the transportation of water from places that have too much to the places that need it,” he said.

But while counties like Santa Clara are currently able to source water from state and federal programs, this may not always be a reliable source of water going forward due to longer, more severe droughts as a result of climate change. Nor is this increased demand on water export beneficial to the ecosystems where this water is drawn.

A report released in May 2019 by California’s Department of Water Resources predicts that by 2050 the State Water Project deliveries will be “about 300,000 acre-feet less than current conditions.” Additionally, the report stated that years of drought made worse from climate change have reduced state reservoir storage which threatens the state’s drinking water supply and fisheries.

Research conducted through the United States Geological Survey found that increased demand for water export due to drought has contributed to the decline of endangered species in the Bay Area, particularly the delta smelt. The resulting report states that “the rapid decline of the species and failure of recovery efforts demonstrate an inability to manage the Delta for the ‘co-equal goals’ of maintaining a healthy ecosystem and providing a reliable water supply for Californians.”

However, it is not only ecosystems that are seeing the effects of this demand for water export. Communities across California, and throughout the American West, are being hit hard from lack of adequate water storage and delivery system infrastructure. According to Andrews, much of California’s drinking water distribution infrastructure is far past its feasible lifespan, which affects both the reliability and relative cleanliness of the water being distributed.

Andrews spent years working with smaller utility companies to address these older systems. Many of the smaller utilities she worked with were serving smaller, more rural, communities.

“I think it is a fair thing to say that many disadvantaged communities…experience a greater incident of degraded drinking water infrastructure that comes with greater risk of contamination,” said Andrews.

A report released in May 2021 by the Legislative Analyst’s Office found that the communities most affected by water scarcity were small and rural communities located in the Central Valley of California. “Moreover, many of the communities that lost — or remain vulnerable to losing — access to safe drinking water contain high proportions of both lower income and Latino residents,” says the report.

It remains to be determined how these state-wide issues will be solved in a systematic and equitable manner. For now, Kremen said that these issues should not just be discussed only “when the tap runs dry.”

Callie Rhoades is a multimedia journalist and master’s student at the University of California, Berkeley Graduate School of Journalism. Her work is focused primarily on science, health, and the environment. 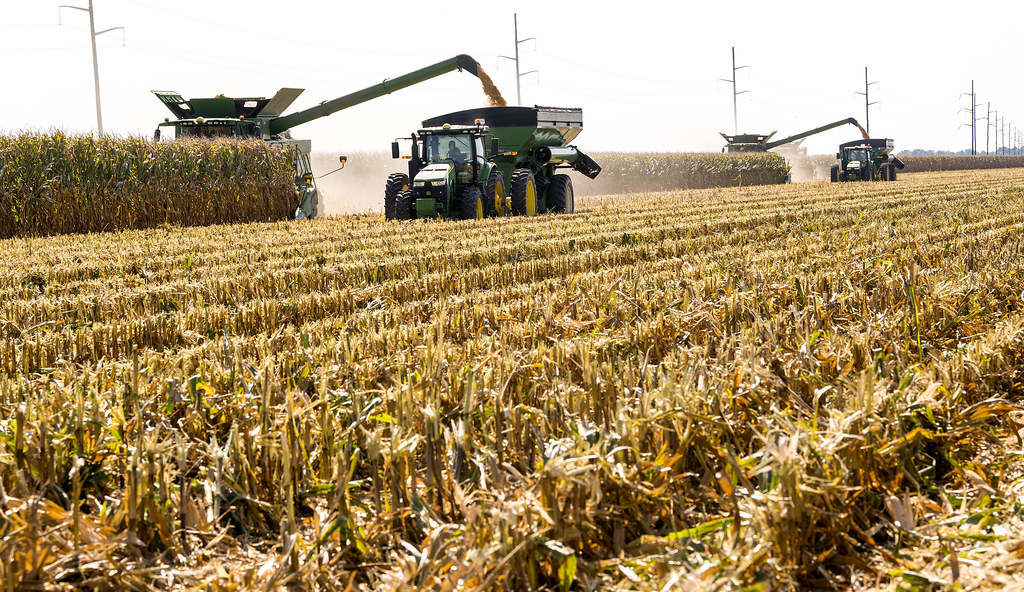 ‘Forever Chemicals’ May Have Polluted 20 million Acres of US Cropland, Study Says

Environmental advocates point to lack of regulation regarding use of PFAS-tainted sewage sludge as fertilizer. 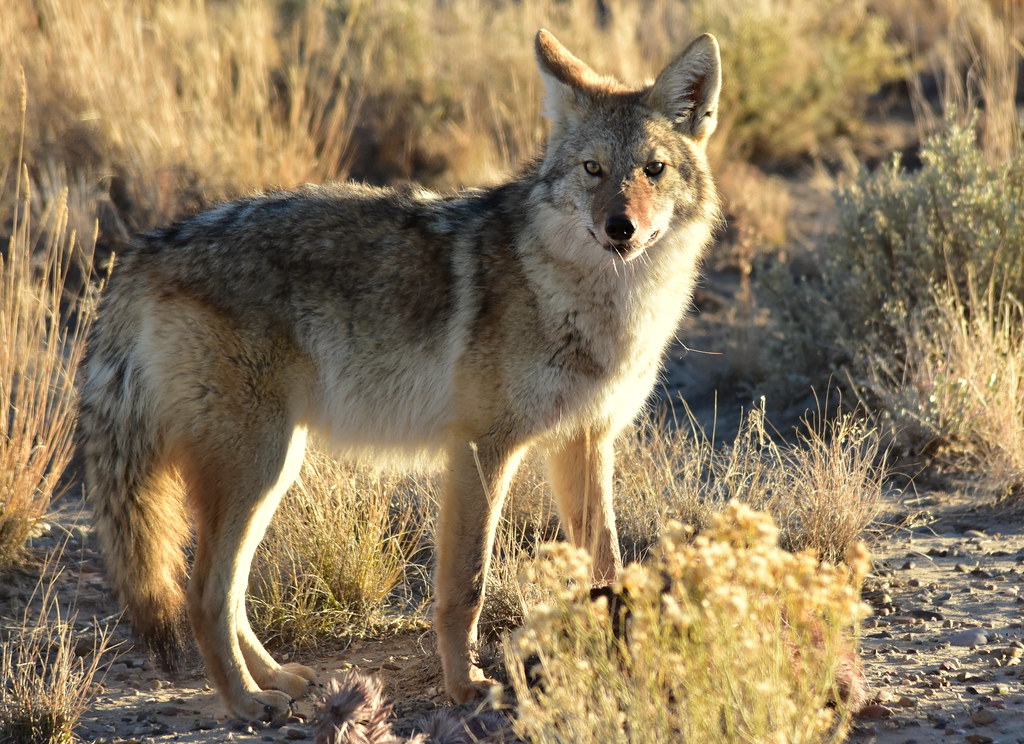 My Encounters with a Trapped Coyote