New rule exempts Broughton Archipelago, raising questions about how big a win it is
Ron Johnson

There is solid evidence suggesting open net pen fish farming carries too many risks and not enough rewards for the coastal communities it impacts. Case in point: Washington State, where a fish farm pen collapsed last summer, releasing farmed Atlantic salmon into the Salish Sea and putting the health of wild salmon stocks at risk. Following the breach, the state voted to phase-out open net-pen farming by 2025. 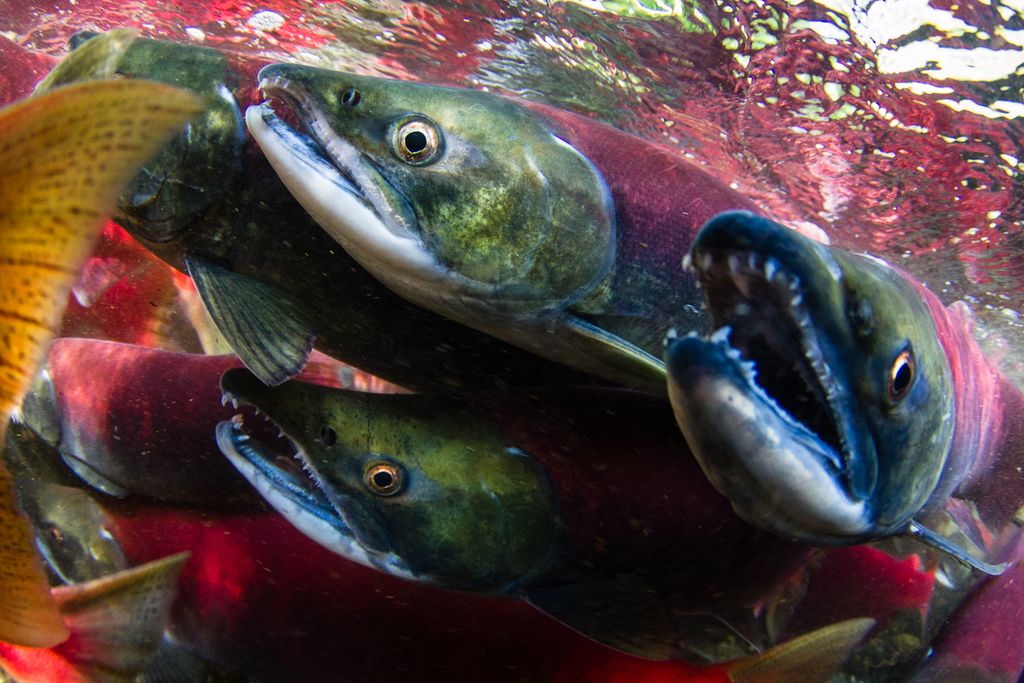 Photo courtesy of Oregon State UniversityOpen net pen fish farming comes with significant environmental risks, including pollution of marine environments with excess feed and feces, as well as the spread of disease to wild salmon.

In Canada, there has been a similar battle brewing over fish farming, one that involves several coastal Indigenous peoples who rely on wild salmon for their economy and culture. On June 20, after grassroots protests across the province of British Columbia, including two occupations of foreign-owned fish farming sites by coastal First Nations, the provincial government has made a move to change how fish farms are licensed.

Specifically, the government issued two new rules. One requires that fish farm operators have consent from local Indigenous peoples in whose territory the farms are located. This rule has been interpreted by some to effectively amount to a veto power for Indigenous peoples. The second requires that operators demonstrate to Fisheries and Oceans Canada (DFO) that their operations aren’t harming wild salmon stocks. This rule has been interpreted by some as an effort to encourage the federal government to do more to protect wild fish. The rules will take effect in 2022.

“The challenges facing our wild salmon have been ignored for far too long,” said Lana Popham, BC minister of agriculture. “That’s why we are putting in place a new approach to provide clarity and outline our expectations moving forward for a sustainable industry that protects wild salmon, embraces reconciliation, and provides good jobs.”

Although the move has received much positive feedback from Indigenous rights and environmental advocates, the four-year timeline for implementation has left some wondering why such a long delay. This timeline aligns with the next provincial election.

Others are puzzled by the exclusion of the Broughton Archipelago from the rules. Broughton is home to 20 fish farms tenures, including 12 operations run by Marine Harvest, the subject of much recent controversy in the region.

The crown land tenures for the Broughton farms were up for renewal on the same date of June 20, but the government announcement failed to address what will happen with those tenures in any meaningful way, stating only that, “The Province and Broughton-area First Nations are continuing discussions, which began Jan. 30, 2018, to resolve concerns regarding specific farms in the Broughton Archipelago. This announcement does not pre-determine the outcome of those discussions.”

Some people believe this exclusion means the farms will be closed before 2022.

Biologist Alexandra Morton, who has been studying the ocean ecology in the Broughton and wild salmon specially for 30 years, calls the news a “non-announcement” for the area.

“The Broughton was excluded from this announcement as the B.C. government is having government-to-government meetings with the First Nations in this territory,” she says. “Things are very critical for wild salmon and we can’t just renew all those tenures.”

Morton also notes that there are numerous pending lawsuits filed by First Nations in the Broughton Archipelago. She herself will head to court this September to argue against the Minister of Fisheries and in favor of the closure of certain open pen operations. The case centers around the exposure of wild salmon to diseased farmed fish infected with piscine reovirus.

“That’s Trump’s America doing what we should be doing,” Morton adds.

Six First Nations, Kwakwaka’wakw territories of the MamaÌ±liliá¸µaÌ±la, Ê¼NaÌ±mÇ¥is, and the four tribes of the Musgamagw DzawadaÌ±Ê¼enuxÌ±w have actively opposed open net pen fish farming in the Broughton Archipelago.

It was in the Broughton Archipelago where First Nations members occupied two Marine Harvest operations last year. (Read more about the occupation.) One of the activists, Ernest Alfred, a hereditary chief of the ‘Namgis, Nation, led an occupation for more than 200 days before a court injunction ended the protest a couple weeks ago.

“There’s no news regarding the Broughton area farms and this disappoints me,” he says of the new rules. “Although these new policies are the right steps, it is set to take far too long. Our salmon in the Broughton do not have four years. We need action now, because our wild salmon are dying of politics.”

Marine Harvest has responded to the government’s announcement by stating its interest in pursuing discussions and highlighting the positive economic impact the company has in the Broughton Archipelago, including the employment 600 people, 20 percent of whom have First Nations heritage.

“We share people’s concern for wild salmon. The Prime Minister has asked his Chief Science Advisor to look closely at this issue, and DFO is currently conducting important risk assessments on wild and farmed salmon interactions — we believe this work will add much needed context to the discussion,” said Vincent Erenst, Marine Harvest Canada’s managing director.

With the tenures expired on June 20, Marine Harvest will be granted tenures on a month-to-month basis until the government figures it out. The company must be given 60 days eviction notice.

The BC government also announced the formation of the Wild Salmon Advisory Council this month, a 14-person council with an eye toward developing a wild salmon strategy for British Columbia. Co-chairs for the new council are Doug Routley, MLA for Nanaimo-North Cowichan, and Chief Marilyn Slett of the Heiltsuk First Nation.

The new rules and new council may represent real progress, but Morton still wonders if change will come soon enough. “There is a serious situation with salmon on this coast,” says Morton. “Unless we starting closing down some farms now, there will be nothing left to defend.”