Habitats with a wide variety of plants and animals serve as biological buffers from pathogens, says study
Michael Sainato

That protecting nature and its biodiversity provides us with numerous benefits — from aesthetic pleasure, cultural, and spiritual enrichment, to safeguarding life as we know it on Planet Earth — is quite well known. Now there’s increasing evidence that maintaining a wide variety of life can help protect us from diseases as well. Conversely, loss in biodiversity, more often than not, increases the spread of pathogens. A new study published in the journal Science recently underscores years of research to this effect. 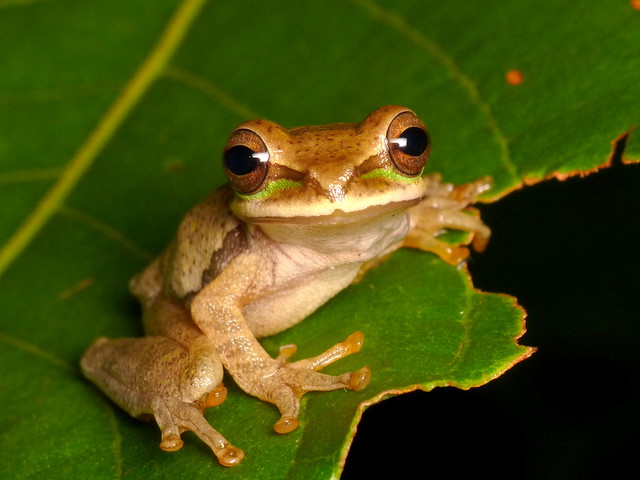 Photo by Andreas KayA masked tree frog, Smilisca phaeota. Nearly one-third of the world’s amphibians are threatened or extinct, according to the International Union for the Conservation of Nature. Our world has lost more than half of its biodiversity since 1970.

High biodiversity has now been shown conclusively to reduce the transmission of many infectious diseases of wildlife, humans, and plants,” Dr Felicia Keesing, a biologist at Bard College and lead author of the study, explained in an interview. “Preserving biodiversity appears to be a valuable and useful way for humans to protect themselves from exposure to pathogens. For diseases of humans, there is very strong evidence now that naturally high levels of biodiversity reduce exposure to the pathogens that cause West Nile virus, Lyme disease, and hanta viruses.”

Keesing has specifically been studying the ecology of Lyme disease and the recent increase in tick populations, which carry the Lyme bacterium Borrelia burgdorferi, in the forests of northeastern United States. (The incidence of Lyme disease in the US has nearly tripled since 1995). Her research indicated that this increase was in direct proportion to the explosion of populations of mice, deer, and other tick hosts that are less skilled at killing the piggybacking parasites, and in inverse proportion to the fall in populations of other tick carriers, such as opossums, which are better at picking off and killing ticks that try to bite them.

The research concluded that the latter group of animals can actually serve as a biological buffer between the Lyme bacterium and the humans it infects by killing off ticks before they get a chance to latch on to humans.

Keesing postulated this theory of the “dilution effect” of biodiversity in a 2012 study while at Siena College. Since then, she and other researchers have provided more and more evidence in favor of the dilution effect and of the health benefits afforded to humans from biodiversity.

The Science report explains recent rigorous tests that prove the dilution effect applies broadly to a variety of species and types of ecosystems. It focuses on new contributions to science from three separate research teams from the University of South Florida, University of Potsdam in Germany, and Oregon State University. Each of these studies show greater biodiversity diminishes the prevalence of parasites and diseases across a wide spectrum of life. 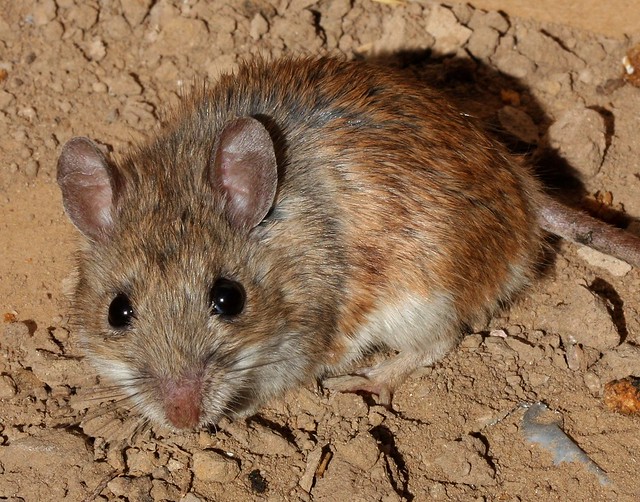 Photo by J N StuartPopulations of white-footed mice, Peromyscus leucopus, which carry the
bacterium that causes Lyme disease, are growing in regions of the north-
eastern US that have seen significant biodiversity declines.

Dr David Civitello of the University of South Florida compiled data from 202 previously published assessments involving 61 parasite species and found broad evidence supporting the dilution effect hypothesis. His team discovered that species-rich communities suffer less infectious diseases. “This suggests that maintaining biodiversity in nature could reduce the abundance of many parasites of humans and wildlife,” Civitello said in a press statement. “Conversely, human-induced declines in biodiversity could contribute to increases in both human and wildlife diseases.”

The Postdam Universty team led by Dr Tanja Rottstock studied fungi and plants and discovered that higher plant diversity promotes higher fungal pathogen diversity, while decreasing pathogen infection for each plant. They found that pathogens are less likely to encounter their ideal host on plots of land with high plant diversity.

Meanwhile, using machine-learning algorithms to explore a database of 2,277 rodent species and 66 pathogens, Dr. Barbara A. Han and her team of researchers at Oregon State University discovered that the best hosts for pathogens are species, such as some rodent breeds, which are spread across a wide geographical range that has low biodiversity. This diversity-disease relationship does not bode well for humans that live in areas with abundant pathogen hosts and few other species to act as buffers.

The Science paper also discusses the tendency of pathogens to focus on hosts that become abundant as their natural competitors and predators decline in a region. For example the Lyme bacterium is mostly likely to infect humans if the ticks feed on white-footed mice, which are less skilled at killing ticks that jump on them, and less reliant on the forest for survival. These mice have become extremely numerous in regions of the northeastern US that have seen significant biodiversity declines.

Sadly, our world has lost more than half of its biodiversity since 1970 and this downward trend shows few signs of slowing down as human populations continue to rise at unsustainable rates. As far back in 2002, author Chuck Palahniuk wrote in his novel, Lullaby, “the only biodiversity we’re going to have left is Coke versus Pepsi. We’re landscaping the whole world one stupid mistake at a time.”

Hopefully, this new body of research on the health benefits of biodiversity will provide important arsenal to conservationists in their struggles to protect lands rich in biodiversity from land developers and extractive industries.