Bill to End Dolphin and Whale Captivity Reintroduced In Canada

If passed, legislation would prohibit acquisition and captive breeding of cetaceans
Laura Bridgeman

A federal bill to end dolphin and whale captivity throughout Canada was reintroduced by Nova Scotia Senator Wilfred Moore in early December. The bill first made its appearance this past summer, at a time when the conservative Harper government held sway over Parliament. However, with the changing political climate in Canada — namely, the new Trudeau administration — things may be looking up for the whales and dolphins. 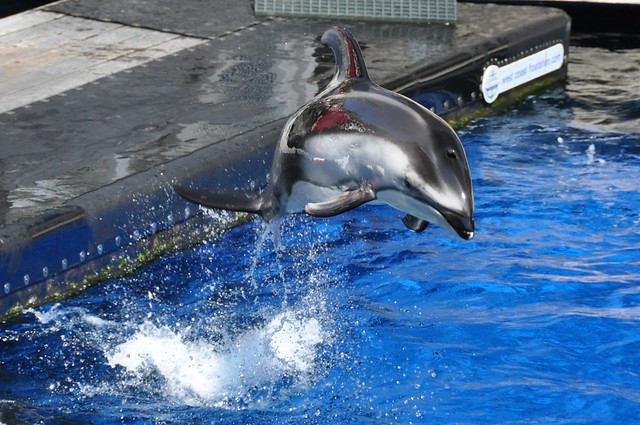 Photo by abdallahh/FlickrA dolphin at Vancouver Aquarium. The Ending of Captivity of Whales and Dolphins Act aims to put an end to the display of cetaceans in aquariums throughout Canada.

The Ending of Captivity of Whales and Dolphins Act aims to do just that — put an end to the display of cetaceans in aquariums throughout Canada. The act would expand Canada’s existing criminal code provisions that prohibit abuse of animals to ban all acquisition and captive breeding of cetaceans. Captures would only be allowed in instances where individuals are injured and need help.

Rob Laidlaw, director of Zoocheck, a nonprofit that protects wildlife in captivity and the wild, says that the bill is long overdue in Canada. “It’s been known for quite some time that the majority of Canadians support an end to the incarceration of these long-lived, wide-ranging, deep diving, highly intelligent, extremely social animals for public display purposes.” Zoocheck is one of several organizations supporting this initiative.

The proposed bill follows legislation passed over the summer that makes imports, exports and breeding of orcas illegal in the province of Ontario. And in November, California Representative Adam Schiff introduced a federal bill in the US that aims to phase out orca captivity as well.

Films like Blackfish have focused the public’s attention upon the suffering inherent in cetacean captivity. Yet, many people remain unaware that dolphins and whales are still considered property and are not legally entitled to their own lives. This is why cetacean captivity remains legal in Canada, as well as in other countries around the world.

These bills in Canada and the US represent the beginning of a fundamental reconfiguration of the place of other animals within our legal systems and in our individual mindsets. For decades, we have had more than enough scientific evidence to prove that dolphins and whales, and likely many other species, meet and even exceed the criteria that enable human beings to be considered legal and moral persons. Our current laws are based on outdated information and must evolve along with our knowledge.

Sonar, one of the organizations that advised on the Canadian bill, joins the growing chorus of voices that demand recognition of cetacean’s rights to their own lives, and Senator Moore’s bill represents an important step in this direction. Though it does not explicitly recognize the legal rights of the lone orca or the belugas being held against their will within the squalor known as Marineland, a marine amusement park in Canada, the bill reflects a growing understanding of every cetacean’s inherent right to be free from captivity. It’s an acknowledgement of the rights of cetaceans to be the authors of their own lives, without human intrusion. Should it pass, the bill will effectively place cetaceans beyond the use of the entertainment industry in Canada.

Regardless of the outcome of the bill, the conversations that it initiates are of utmost importance. It is a harbinger of the gradual dismantling of human exceptionalism as we come to realize that we are not the only beings whose rights must be protected.

What you can do: If you agree that it is time to recognize and respect cetacean’s rights to their own lives, please sign and share this petition.