This fall President Donald Trump nominated Barry Myers, the CEO of private weather forecasting company AccuWeather, for the position of Administrator of the National Oceanic and Atmospheric Administration (NOAA). Following President Trump’s long line of controversial appointments, some see Myers as a breath of fresh air. Others aren’t so sure. While Myers is a business-savvy leader who arguably has the credentials to head an organization of this magnitude, his past involvement in efforts to curb NOAA initiatives in the interest of private enterprise, not to mention his lack of scientific training, suggest he may not be the best man for the job. 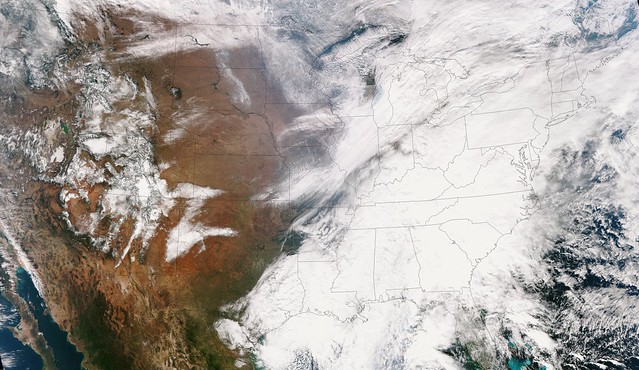 Most of the controversy surrounding Myers stems from a bill he supported in 2005. Initially proposed by Senator Rick Santorum (R-PA), the goal of The National Weather Service Duties Act was to limit public access to National Weather Service (NWS) data, which would effectively reduce competition between NWS — an initiative of NOAA — and for-profit forecasting companies like AccuWeather. AccuWeather and similar companies use the information provided by the NWS and sell it back to the public, despite the fact that the data provided by the NWS research is already publically funded through taxpayer dollars.

Though the bill didn’t pass, Matthew Holliday, founder and owner of Firsthand Weather, a weather forecasting company, says that his main concern about a Myers confirmation is his support for it. Had it passed, the bill “would have essentially banned the NWS from having services that competed with private sector weather companies,” Holliday said. “This would have completely changed the landscape of the weather industry, because the general public would have no longer been able to benefit from free NWS forecasts and would have had to rely solely on forecasts produced by larger private sector companies that would have likely charged a monthly fee to access those forecasts.”

The legislation might have even been a detriment to competition within the private weather industry, which could have further served to benefit forecasting giants like AccuWeather. “Some websites, many of which are run by current or recent college graduates, utilize government data to produce much better weather graphics, which has made those websites quite a lot of money and has been a great benefit to the public,” Holliday explained. Without the free data, these smaller companies might not survive.

When asked whether or not he was in favor of Myers assuming the new position, Holliday replied: “I would like for Myers to ensure that his views have changed and evolved in order to gain my support of his nomination.”

Both Barry Myers and his brother, Joel Myers, donated to the campaign of Pennsylvania senator Rick Santorum back in 2004 and 2005, likely in an effort to push the proposed measure. Santorum is also known to have opposed a number of climate-related initiatives, such as the Obama-era Waters of the United States rule, which is aimed at protecting vulnerable waterways and drinking water resources, and has rejected the scientific consensus of anthropogenic climate change. He has been an outspoken advocate for widespread oil drilling and has also vocalized his support for the Keystone XL pipeline. During confirmation hearings, however, Myers said he believes in anthropogenic climate change and expressed his support for unfettered scientific research, including that on climate science.

Aside from his past efforts to erode NOAA services, Myers’s affiliation with AccuWeather represents another potential conflict of interest. Senator Brian Schatz (D-HI) released a statement shortly after Myers’s nomination in October stating that he felt “disappointed,” describing President Trump’s pick as a “questionable choice” due to these potential conflicts. At his hearing on November 29 before the US Senate Committee on Commerce, Science, and Transportation, Myers assured the public “my wife and I will resign from every company, board, and organization that could be in conflict with my new role. We have also agreed to sell all of our ownership interests — shares and options — in AccuWeather and all related companies.” (His interests in the company are valued at up to $50 million, according to financial disclosures.) Nonetheless, Joel Myers will continue to run the operation.

“As someone who runs a weather website and who does tropical research at a university, I want to be confident that Myers will uphold and improve the already great NOAA products and services that have encouraged growth within the private sector and have benefitted the general public,” Holliday said in response to Myers’s statement.

Myers’s educational background has also been a point of contention: if appointed, he would be one of only two administrators in the history of NOAA without a science degree. In their letter, the National Weather Service Employees Organization wrote, “this position has traditionally been filled by a pre-eminent scientist, and by that standard alone, Mr. Myers is wholly unqualified for the job.” Three former NOAA administrators have taken the rare step of voicing opposition to his nomination based on concern about possible conflicts of interests and/or his lack of scientific training.

In his opening remarks on Wednesday, Myers said, “I am not a scientist, but I have a passion for science and I am a leader of scientists. I lead a successful company full of scientists and engineers. I know how to bring people together to accomplish great things.” He added, “My life’s work has been in the American weather enterprise.” It’s true that he has served as an advisor to the United Nation’s World Meteorological Organization, NOAA, and the NWS.

Indeed, UCAR President Antonio Busalacchi, whom he has known and worked with for several years, commented on the nomination: “I know [Barry] appreciates the importance of re-establishing US preeminence in weather prediction. I look forward to hearing Barry’s plans to improve weather forecasting through partnerships among government agencies, private companies, and the university community.”

Still there are a great number of people, including those within NOAA, who do not approve of his nomination. Several NOAA affiliates and professors who worked with the organization declined to comment on the matter, with the exception of one who agreed to comment on the condition of anonymity, writing:

I understand there are a great deal of people who don’t like the guy, or who don’t want him in this position. And I believe there are legitimate reasons for this. Given the history of the Trump administration and their general outlook on science, we must remain skeptical. The head of our EPA doesn’t even believe carbon dioxide is a primary contributor to climate change! Myers is one of the only two NOAA administrators in history to not hold a science degree, which is worrisome, but if he stays true to NOAA’s mission, I’m willing to give him a chance. More than anything, I want to see this organization move forward and continue to provide the many services it offers.