The Altering Face of the Mont Blanc Massif

Currently based in Courmayeur in the Italian Alps, I enjoy the privilege of hiking in the mountains daily, and I continue to be inspired by the spectacular views of the Mont Blanc Massif from my doorstep. Throughout the year the magical snow-capped peaks are visible from the towns and villages below. But behind the picture postcard panoramas, there is a worrying development that is being closely monitored by experts, the local communities and climbers who have spent their lives in the mountains of the region.

The Mont Blanc Massif is a group of Western Alps mountains, spread some 400 square kilometers between Italy’s Aosta Valley, the Rhones-Alpes in France and the Valais in Switzerland. The highest peak of these mountains, Mont Blanc, after which the massif is named, rises up to 4,810 meters. The massif is peppered with numerous glaciers and glacial structures that feed the sprawling catchments of the Rhône and Po rivers. In recent years, many of these famous glaciers of the Alps, like those elsewhere in the world, have been shrinking at an alarming rate as a direct result of climate change.

I recently visited the Mer De Glace glacier, meaning “Sea of Ice,” the largest glacier in France, located on the northern slopes of the Mont Blanc massif. This natural site is one of the biggest tourist draws in the Chamonix Valley on the French side of the Alps. It is also such a visceral and visual example of climate change in action that surely even Trump could not deny it!

As recently as 1988, you only needed to take three steps down the mountainside to step on the ice. Now you have to walk more than 400 steps downhill to reach it, and the number of steps are increasing every year.

In the past three decades alone, the glacier has retreated by about 750 meters and has experienced a staggering 100-meter lowering of surface in some parts. Where once climbers could easily access the ice, there is now a set of ladders over 300 feet tall attached to the rock face to allow them to reach the glacier’s surface.

Further south along the massif, a similar scene is playing out in Italy’s Aosta Valley, which is nestled between France and Switzerland and is also home to a multitude of glaciers.

The Fondazione Montagna Sicura, a nonprofit that studies mountain conditions in the region and works to educate people in matters of rescue and safety, has been explicitly monitoring four of these glaciers. Its focus is on tracking the glaciers mass balance, recognized as being the most effective method for measuring the impact of climate change. The mass balance is the overall annual gain or loss of ice; the technical terms are accumulation (from snowfall) and ablation (from the melting snow and ice). The foundation is observing a pattern of continuing substantial negative mass balance across all the glaciers. Ablation is occurring much more rapidly than accumulation.

While there have been periods of glacial retreat in the past, the current trend is much faster and more sustained than anything measured previously, explains Dr Fabrizio Troilo, a glaciologist with the foundation. There is no denying that this is as a result of rising average temperatures, he says.

Since Fondazione began its studies around 20 years ago, its researchers have witnessed a universal significant loss of ice. In 1999 there were a total of 216 glaciers in the Aosta Valley covering a total surface area of 154 square kilometers. By 2012, 32 of them had disappeared and 26 kilometers of ice cover had been lost.

The historical proxy data that they have gathered, such as old photographs, illustrates how dramatic the recent retreat is. Troilo showed me images of the Pré-de-Bar glacier in the Aosta region. Looking at the radical retreat over the years is extremely sobering. Since the 1990s the tongue of the steep valley glacier has retreated by about 1 kilometer.

Between 15 to 35 percent of our expected rise in sea level will be as a result of melting glaciers, as reported by the Intergovernmental Panel on Climate Change.

The predicted rapid rise in levels would have a catastrophic impact worldwide. Not only will it result in devastating erosion inland, flooding of wetlands, contamination of soils and loss of vital wildlife and marine habitats, but it will also threaten entire coastal communities with the risk of being consumed by water.

Even in the Aosta Valley, the rapid glacial melt is causing flooding risk, Troilo explains. Last year, the water levels of a glacial lake near the small town of Cogne in the valley, rose to dangerously high levels and threatened to overflow.

Glaciers also often supply freshwater to nearby communities. This is crucial for agriculture and for replenishing natural water sources in the warmer months. While there may be an initial rise in water levels in these communities as a result of increased melt, as the glaciers disappear so will this essential water source.

This glacial retreat is having an impact on wildlife as well. In a study published in Frontiers in Zoology in 2014, researchers found that yearling chamois, a goat-antelope that is native to the mountains of Europe and is very common in the Alps, weighed about 25 percent less compared to just 30 years ago.

The scientists, who studied the animal’s behavior, habitat, and food resources, concluded that during the hottest days, chamois are more inclined to increase their rest periods and spend less time foraging for food. Given that the temperatures have continued to rise annually at a dramatic rate, this has meant chamois have remained inactive for longer, gained less nutrition, and there has been a gradual evolution in their body mass as a result. It is unclear as to whether this will have a long-term impact on the population of chamois in terms of their ability to reproduce successfully and the mortality rates of juveniles.

Other studies monitoring hibernation trends of alpine animals have raised concerns that the brown bear populations in the Alps have been coming out of hibernation earlier than normal. When this happens, there are less natural food sources available for the bruins so, in their search for sustenance, they often roam closer to urbanized areas, increasing the chances of human-animal conflicts.

The reintroduction of brown bears to the Alps in 1999 through the Life Ursus project was already controversial, and when there is an increased chance of crossing paths with locals, this results in their presence in the region being even more contentious.

For the towns and villages around the Alps, which are heavily dependent on the tourist trade, rising temperatures in the region are also bad for business. Skiing seasons are becoming less predictable and are often shorter. There is less snow at lower elevations, and rising temperatures can result in the snowpack on the slopes becoming less stable leading to an increased chance of avalanches, which makes off-piste, or backcountry, skiing more risky.

There have been ski lift pylons that have required replanting as a result of instability attributed to melting permafrost — the thick layer of below-the-surface soil that used to remain frozen throughout the year, but that, again, with the rising temperatures, is beginning to melt.

There has also been an increasing number of rockfalls in the region. Troilo explains that although it can be hard to measure whether permafrost degradation or just general erosion has caused specific rock falls, climate change is certainly playing a part in the increase.

Climbers in the region have to trial new and untested routes in areas where the glacier has retreated, and they also have to contend with a higher risk of avalanches too.

Does this mean that we shouldn't visit the region?

Absolutely not. Without visitors, the local communities would not survive. If you are visiting though, think about your carbon footprint. Where possible; take public transport rather than a car, stay in accommodation that is more sustainable and stick to designated mountain trails to avoid causing further degradation to the landscape.

If you are a novice off-piste skier or climber make sure that you have an expert guide who will be able to assess avalanche risk and will know the safest routes.

Also, make time to visit the Mer De Glace; not only to gain a better understanding of the damage that climate change is having on our environment but also because in a few decades it may not be around to appreciate anymore!

Gemma Johnstone is a freelance writer who lives in the Aosta Valley in Italy. 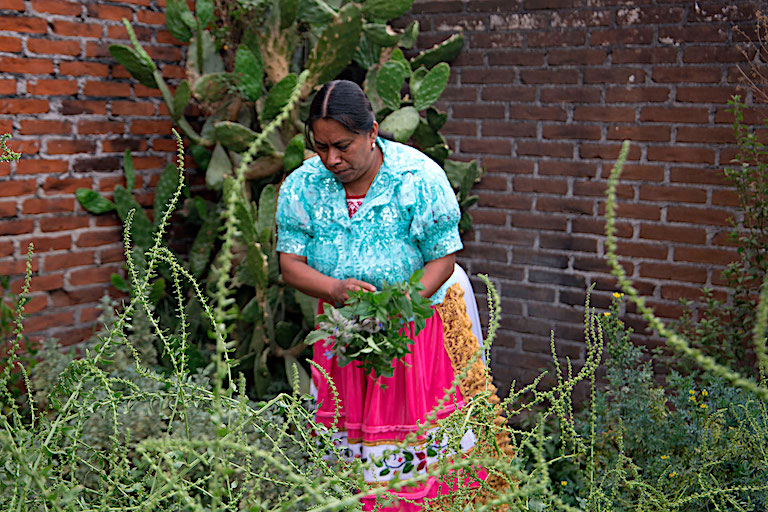