For years, many of us have kept an eye out for organic and pesticide free vendors at our local farmers markets. Thanks to a new movement hitting the American food scene, we may soon be looking for another important environmental marker: open source seeds. At least, that is the goal of a small but burgeoning group of plant breeders and sustainable farming advocates who hope to add “free seed” to the list of things consumers watch for as they vote with their wallets. 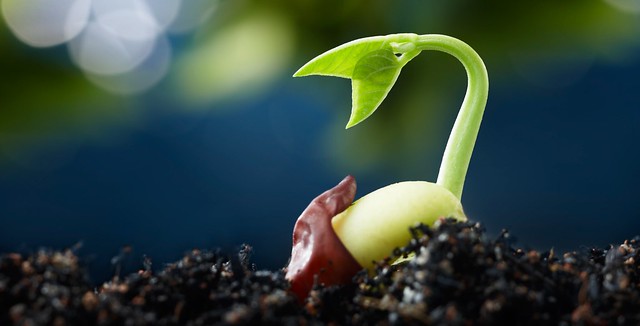 Inspired by the concept of open source software, a group of plant scientists and food activists, led by the University of Wisconsin, have launched the Open Source Seed Initiative – a campaign to protect the right of farmers, plant breeders and gardeners to share seeds freely. At a formal event in April, the initiative released 36 varieties of 14 different vegetables and grains using a new kind ownership agreement known as the “Open Source Seed Pledge.” The pledge is designed to keep the new seeds free for anyone to propagate and share for perpetuity.

Essentially, the Open Source Seed Initiative (OSSI) is a response by small-scale farmers, plant breeders, public universities, and nonprofit organizations to the drastic proliferation of seed patenting since the 1980s.

Seeds have typically been part of the Commons – a natural resource shared freely by all. But with the rise of intellectual property rights and patenting, many hybrid seed varieties began to be patented as inventions. Growers these days need to seek permission from the patent holder, usually a big seed company, to use them. Most seed patents today are held by the “Gene Giants” – Monsanto, DuPont, Syngenta, Bayer, Dow, and BASF. These six companies now control roughly 60 percent of all commercial seeds and restrict farmers and plant breeders from conducting research or breeding with the seeds (and seed traits) that they own.

For smaller scale farmers and breeders, this means that the so-called Gene Giants are patenting traits that many of them have already bred independently or that they may already be using.

“Patenting is being misused by a very narrow range of companies,” explains Jack Kloppenburg, a professor at the University of Wisconsin and founding member of OSSI. “They are patenting more than ought to be patented, which is to say, they are patenting naturally occurring plant traits.” Research is restricted on these patented seeds, and famers are typically required to sign technology use agreements, which prohibit them from saving seeds to plant the following season. Farmers are, in effect, leasing these patented seeds for a one-time use.

OSSI’s “Free the Seed” campaign borrows from the open source software movement to provide a counterculture of free, rather than patented, seeds. Initially, OSSI had hoped to follow the software model quite literally and develop an open source licensing agreement that would attach to seeds. The license would preserve the right of farmers to use the seeds for breeding purposes, expressly permit farmers to save and replant the seeds, and legally prohibit future appropriation. In essence, the license would create a protected commons, safe from would-be patentees.

What OSSI found however, is that seeds are not the same as software, and the intricacies of creating a similar open source licensing agreement was more cumbersome in the seed context.

Photo, courtesy Open Source Seeds InitiativeThe pledge was printed the seed packets OSSI began giving away in April. Their seeds stock
sold out in just over a month.

Early drafts of the license ran several pages long, and the confusing legalese seemed difficult to affix to a seed packet. What is more, several stakeholders expressed concern that the use of a formal licensing agreement mimicked too closely the legal encumbrances used by companies like Monsanto. If the goal was to foster truly open seed use, wasn’t the attachment of a lengthy legal agreement a bit contradictory?

“We tried for a year to develop a legally binding license for seed,” Kloppenburg says, “and we can write one, but it is co cumbersome and legally complicated that it practically would not be used. So, what we did then was say, look, we don’t want to be policemen anyway. What we are after is getting peoples’ heads around the idea that seeds ought to be freely exchanged, freely used for breeding purposes. We decided to go with our pledge, which is likely not legally binding, but it’s ethically binding.”

OSSI printed the pledge on the seed packets they gave away in April. It is short and to the point: “This Open Source Seed pledge is intended to ensure your freedom to use the seed contained herein in any way you choose, and to make sure those freedoms are enjoyed by all subsequent users. By opening this packet, you pledge that you will not restrict others’ use of these seeds and their derivatives by patents, licenses, or any other means. You pledge that if you transfer these seeds or their derivatives, they will also be accompanied by this pledge.”

The initiative has since received hundreds of seed orders from around the world from people who support its work and the intention behind the pledge.

OSSI hopes the pledge, though not legally enforceable, will raise awareness about the importance of open seed use. “What we are trying to do is in education and outreach,” Kloppenburg says. “To suggest to people that seeds and the genetic code and DNA of crop species that we all depend on for our livelihoods to feed our selves… and that we are going to continue to depend upon even more as the climate warms… that this material should be freely exchanged, and access shouldn’t be limited by patents and intellectual property rights.”

Frank Morton of Wild Garden Seed is a longtime plant breeder, and provided 26 of the first 36 seed varieties released by OSSI. He has been operating under an informal concept of free seeds for several years now, and was happy with the direction OSSI decided to take. “I had just figured that 99 percent of this is just expressing your intentions and having that be publically known,” Morton says. “Just by making that statement, I think that there is some power in that, because it makes it so if somebody does [patent your seed] they are specifically violating the intentions of the creator of the original work, and they will be subject to public shaming.”

Not everyone is totally gung ho about the idea though. The Organic Seed Alliance, for instance, while supportive of OSSI’s work, feels that one important element is missing: a return for breeders on the investment they have made in developing new plant varieties. Although the initiative supports such returns, its pledge does not specifically provide for it (nor would such a provision in the pledge be legally binding).

The Organic Seed Alliance (OSA), however, hopes to develop such a pledge for its 2015 release of two new plant varieties. “We believe we can do this in a way that recoups some investment,” says Kristina Hubbard, the alliance’s director of advocacy and communications. “One way to do that is through fair licensing agreements that recoup a royalty on seed sales of particular varieties, [but] without restricting farmers from saving their seeds and without restricting future research. It is that royalty component that is a part of OSA’s license that is not a part of OSSI’s pledge.”

Frank Morton acknowledges that informality can be more challenging in the context of a larger organization, but he prefers a less formal approach. “If someone else reproduces my seed, then I try to, in a gentlemanly way, get that entity to give me a 10 percent royalty…. I am appealing to a reciprocal relationship that doesn’t involve the law, and the courts, and the USDA. I’m trying to keep it between entities, and as an individual, I can do that.”

Clearly, there are still few kinks to work out in the open source seed movement, particularly concerning a legally binding mechanism and a formal method to ensure a return for plant breeders. Nonetheless, OSSI has certainly gotten the ball rolling, generating interest (and seed orders) from around the world. It may not be long before you see the OSSI pledge at your local garden store.

“I think this idea of companies patenting away all the opportunities for the public to create public varieties that serve the public good, I think that is all wrong, and I want to help bring that down somehow,” says Morton. “And I think the OSSI idea starts to help educate the public on that issue, and the more public education there is on the issue, the better it will be.”