As the Snowline Recedes, A Remote Himalayan Village Prepares to Abandon its Ancient Way of Life

A clue to the puzzle of what ails Kumik was recently found buried in ice thousands of miles away
Adapted from FIRE AND ICE: Soot, Solidarity, and Survival on the Roof of the World by Jonathan Mingle. Copyright © 2015 by the author and reprinted by permission of St. Martin’s Press.
Jonathan Mingle

If you were making a movie about life in the Himalaya, seeking a setting that shouts pastoral harmony, at first glance you might be inclined to film it in Kumik. On the surface, at least, Kumik is a little Shangri-La, a comely oasis in the sparsely populated, arid mountain reaches of Zanskar, a remote valley in northwest India. 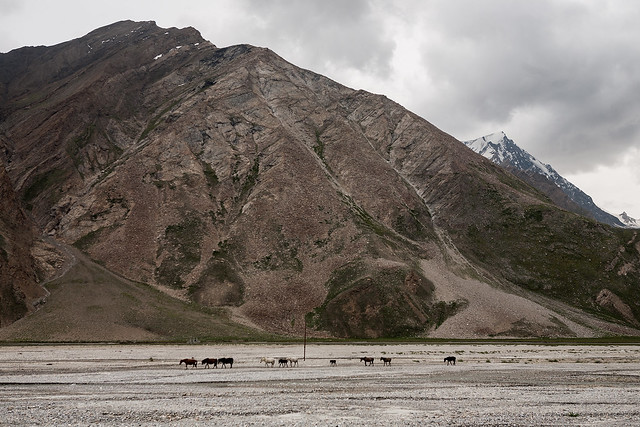 Photo by sandeepachetan.com travel photographythe only road that leads to Zanskar, one of remotest valleys in India, where residents have observed a pronounced decline in snowfall and warmer and earlier springs recent decades. The resulting change in the timing of water availability is seriously threatening their agrarian lifestyle.

Its thirty-nine whitewashed mud homes cascade down a southwest facing hillside that overlooks sun- kissed terrace fields of barley laced with intricate irrigation canals and interspersed with groves of swaying poplars and willows, which the Kumikpas coppice for saplings and ceiling materials. Several ranthaks, elegant water-powered grain mills, turn roasted barley into flour, the centerpiece of the Zanskari diet. A hanging glacier caps Sultan Largo, which towers above the phu, the high pastures where animals graze in the summer. Laughing children race up and down the narrow footpaths, past amiable grandfathers spinning prayer wheels and grandmothers doing clockwise skoras around the small lhakhang temple. Even the acrid smoke that wafts down the alleys has a cheering tang, conjuring the hidden warmth of dung-fired hearths. And if you crouch down on a summer evening among the ripening barley up on the ridge above the lhakhang, as the children skip and shout to greet the return of the rarzepa, the shepherd of the day, with every house hold’s sheep and goats, and you listen to the stalks rustle and rub against each other, with a sound like spreading rumors – a shimmery whisper of snowmelt transmuted into life – well, all talk of crisis and catastrophe seems ridiculous. Crazy Chicken Little stuff.

After all, Kumik is thought to be the oldest village in Zanskar, one of the highest, most remote, permanently inhabited places on the planet. The Kumikpas seem to have life in the rain shadow pretty well figured out. Yet the Kumikpas are busily preparing to abandon it all.

“The older people think Kumik is the perfect village,” notes Tsewang Rigzin, a son of Kumik and an officer in the government agriculture department, “because it is close to the mountains, for grazing for animals, for fuel collection.” These – and adequate water, of course – used to be the only relevant criteria. It was a pragmatist’s sort of perfection: convenient access to the bare essentials. And by this standard, for most of its thousand-year history, Kumik indeed had it all. Enough food, enough fuel, enough friends and neighbors, all near at hand – what else could one ask for?

But as the villagers pointed out to me on the first day I visited in the summer of 2008, and over the course of many subsequent visits, a closer look revealed some ominous signs – such as the brown fields that have lain fallow for years down by the stone wall. Over the years, I began to notice some troubling trends: fewer animals, for example, as they were sold for lack of fodder. Kumik has become a village of women – fewer men are found there from year to year, as more go in search of income- generating nonagricultural work. The number of men in Kumik who self- identify primarily as farmers has dropped from more than two- thirds thirty years ago to less than 15 percent in 2005, even as the average has stayed well above 50 percent in other villages across Zanskar. Why? The lure of government and tourism jobs pulls the men out of Kumik. But the lack of water pushes them, too: with little water for irrigation, the need for their labor in the fields is much diminished.

And those who have lived their whole life in Kumik notice an even more dramatic transformation, the distal cause of all these other changes, hanging above the village like the sword of Damocles.

“When I was a child, there were no problems with water,” Meme Ishay Paldan told me on that July afternoon in 2008. “The glacier was much bigger. It used to snow more.” I asked him how old he was. He lifted his yellow woolen cap and scratched his scalp. He didn’t know exactly. Around eighty, he guessed.

“The snow line then almost came down to the top of the village,”he continued. With a nearly toothless smile he pointed through the window up the valley toward the glaciated peak. “Now look.” 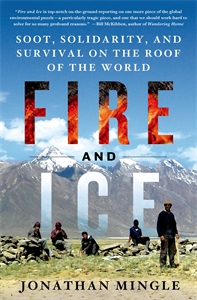 I glanced out his window, which perfectly framed the cirque and one of the peaks of the 18,300- foot mountain above. The snow line lay several miles distant and 4,000 feet up, just below the col separating Sultan Largo from its neighboring peak to the south. The glacier, once a blanket over the top of the valley that stretched well below the lip of the ridge, had shrunk into a small dome on the mountaintop. But the bigger problem, he explained, is twofold. For one, while the amount of snowfall varies naturally from year to year, Zanskaris have observed a pronounced decline in recent decades. And second, springs are much warmer and arrive much earlier than before. This means more of the snow melts before the short growing season begins in June. Less snow and earlier melting together mean that the village often runs out of water by mid-August, sometimes sooner, in the critical weeks before the harvest.

This resulting change in the timing of water availability is their most serious threat. It has led to lost food and fodder, troubling knock-on effects and hard choices. So year after year, when they looked up at the mountain in late winter, the writing on the wall of Sultan Largo became quite clear to the people of Kumik. All signs pointed to intensifying drought, with no end in sight. And with it, an end to the world they had known.

Scientists are still trying to figure out why there are certain temperature anomalies around the globe. For example, the Arctic has warmed by 2 degrees Celsius since the 1980s, while the global average temperature went up by 0.6 degrees in the same period. The European Alps, which have lost half of their ice since 1850, are warming twice as fast as the global average. And so is the Himalaya; in some parts it is warming as much as five times as fast as the rest of the world. Climate models suggest that atmospheric carbon dioxide concentrations can’t explain these regional differences. So what’s going on here?

A clue to this puzzle was recently found buried in ice thousands of miles away from Zanskar, when scientists uncovered the solution to another climate mystery.

Around 1865, without warning, the glaciers of the Europe an Alps suddenly began retreating. Just a couple of decades prior, they had reached their maximum extent. Given the temperature and precipitation trends of that time, if anything, Alpine glaciers should have been advancing. Instead, they mysteriously started shrinking. For decades, scientists were at a loss to explain this phenomenon, which they dubbed the Little Ice Age paradox.

Tom Painter studies the complex interactions between pollutants, dust, and snow as an expert hydrologist at NASA’s Jet Propulsion Laboratory. While working on a model of dust impacts on the Colorado River Basin, he began reading papers about the mystery of the Little Ice Age in Europe. “I was looking at the best climate records we have in the Alps,” he told me. “They quite clearly show that temperatures didn’t start increasing until 1910, 1920. So it just dawned on me – God, what other forces could there be? I thought at that same time industrialization was going on, and certainly [there were] large emissions of black carbon.”

“Black carbon” is scientists’ term of art for those exceedingly small, exceedingly dark particles that are a product of incomplete combustion. Black carbon is the stuff that makes soot dark. And black carbon is produced wherever and whenever any carbon- based fuel – coal, biomass (organic matter such as wood, dung, and agricultural waste), petroleum distillates like diesel and kerosene, you name it – is burned, but not completely burned.

No one had tagged black carbon as a suspect in the caper of the Little Ice Age paradox before, but Painter sensed he was on the right trail. To test the theory, his team examined ice core records taken from Alpine glaciers, allowing them to analyze pollution and other anomalies found in successive layers of ice, dating back to different time periods. They found that black carbon concentrations rose sharply in the mid-nineteenth century and kept rising well into the twentieth century, a pattern that coincided closely with the industrialization of western Europe.

The significance of the study goes beyond the solution of an obscure historical scientific puzzle. It suggests that people have been having a major impact on regional climates since long before the effects of increasing carbon dioxide emissions started showing up. Painter’s study has the potential to reshape our understanding of the scale, timing, and extent of how human activities have transformed natural systems, thanks to something that we have long overlooked, tolerated, or just wrinkled our noses at: soot.

According to the latest estimates, we belch anywhere from 7.5 million to 17 million tons of black carbon into the air each year – a number that increases from year to year, as “emerging economies” such as China, India, and Kenya try to bootstrap their way to prosperity.

If black carbon emitted during Europe’s industrial revolution was responsible for the decline of Europe’s great glaciers, what might today’s dark particles be up to in other parts of the world that are currently following a similar playbook of development? And what might black carbon’s potent thermal punch mean for the melt-based microeconomy of the thirty-nine households in the oldest village in Zanskar, now in search of a new lifeline on the roof of the world?