On Eleventh Memorial of BP Deepwater Horizon, Lawsuit Advances that Challenges Use of Toxic Chemicals in Oil Spill Response

Berkeley, California (April 20, 2021) — Environmental groups, a Native Alaskan health aide, and a Gulf Coast commercial fisher today filed a consequential brief in a lawsuit seeking to update regulations on the use of toxic chemicals in oil spill response. The plaintiffs’ filing asks the court to compel the Environmental Protection Agency to update its 25-year-old plan for oil spill response, which relies heavily on the use of toxic chemicals to disperse spilled oil. Today’s filing occurs on the date on which, 11 years ago, the BP Deepwater Horizon oil spill disaster took place in the Gulf of Mexico. That spill resulted in the use of nearly two million gallons of chemical dispersants — chemicals that sickened first responders and coastal residents, many of whom remain seriously ill to this day.

The lawsuit is an opportunity for the Biden administration to live up to its promise of centering environmental justice and the mitigation of climate change. Stricter regulations will curb the use of toxic dispersants that have had serious health impacts on marginalized communities. Eliminating toxic dispersants as an oil spill response measure may also deter offshore oil drilling and ocean transport by making it too risky to conduct oil operations in remote areas, where manual removal options are infeasible. 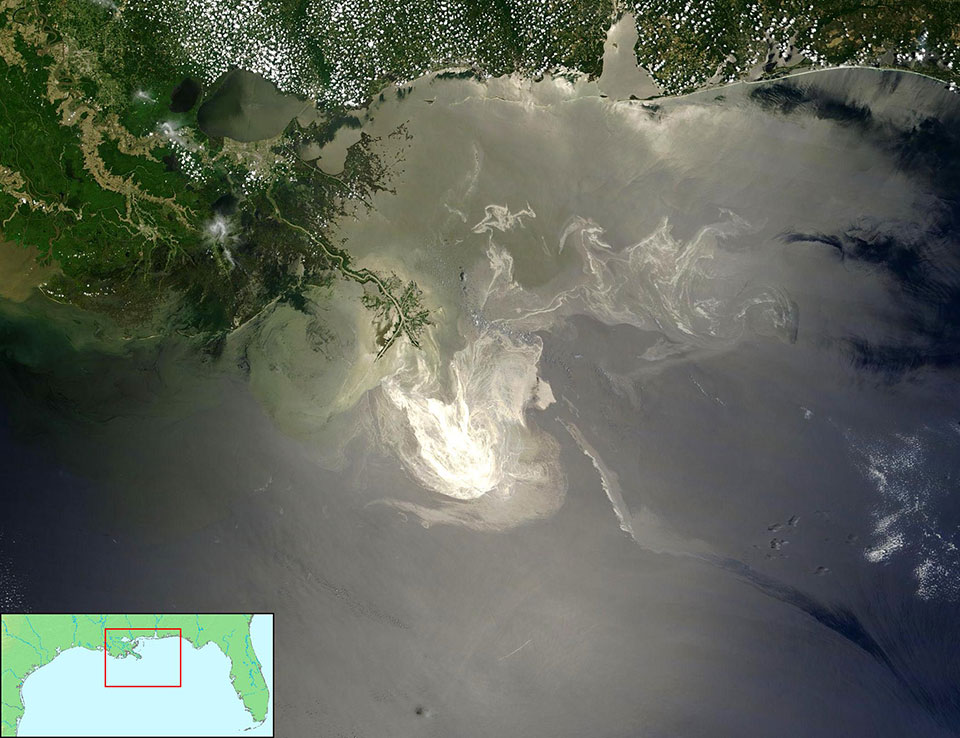 Filed in the United States District Court for the Northern District of California by environmental groups and individuals against the Environmental Protection Agency in early 2020, the lawsuit seeks to compel the EPA to issue more restrictive rules on the use of chemical agents, such as Corexit, to clean up oil spills. Instead of mitigating environmental harm, Corexit dispersants have proven to be more toxic to humans and the environment than the oil alone. In the 2010 BP Deepwater Horizon disaster, low-income communities and communities of color along the Gulf of Mexico suffered from dispersant-induced respiratory problems, rashes, and other ailments, as did first responders to the spill, such as Coast Guard workers.

“Exposure to chemical dispersants after the spill changed my family and my community,” said Kindra Arnesen, a plaintiff and community activist in Louisiana. “We are all still suffering the effects from use of dispersants following Deepwater Horizon and I have seen first-hand the health problems the use of these chemicals can cause. We’ve learned to live sickly.”

Rosemary Ahtuangaruak, another plaintiff, is an Iñupiat organizer who lives in the now oil-industrialized zone of the North Slope in Alaska. She has worked with tribal councils to pass resolutions banning dispersant use in Arctic waters where Alaskan Natives hunt and fish. “An oil spill or well blowout followed by chemical dispersant use would put our entire community at risk,” says Ahtuangaruak. “Native people would be exposed to chemicals directly, because many of our jobs are tied to spill response. Dispersant use would also contaminate our traditional foods — fish, whales, and caribou — all of which are in areas that would be impacted by dispersant use.”

Pam Miller, executive director of Alaska Community Action on Toxics, a plaintiff in the lawsuit, said, “At ACAT, as an environmental health and justice organization, we are deeply concerned about the huge threat of oil spills on the traditional foods of people that rely on foods from the ocean. The health and well-being of all of the Indigenous communities along the Bering, Chukchi, and Beaufort sea coasts are very much at risk. We fully understand the risks of dispersants, including that they exacerbate the toxicity of oil in the ocean.” 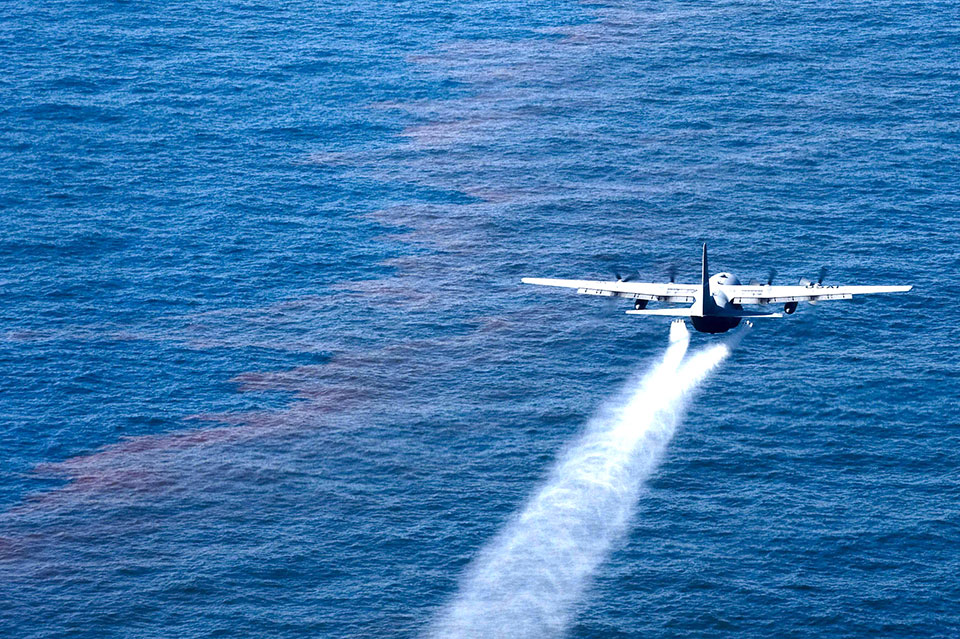 A C-130 Hercules sprays Corexit dispersant onto the Gulf of Mexico (courtesy of U.S. Air Force).

In June 2020, U.S. District Court Judge William H. Orrick ruled that the Clean Water Act imposes on the EPA a legal duty to maintain an up-to-date oil spill response plan that reflects current science. This includes science demonstrating that dispersant chemicals are far more toxic to humans — and more ecologically damaging — than their manufacturers admit. The motion for summary judgment filed today asks the court to resolve this matter in plaintiffs’ favor and order the EPA to, among other things, issue a new proposed rule to update the National Contingency Plan.

The use of chemical dispersants is an oil-spill response method outlined in a set of federal regulations called the National Contingency Plan, which governs U.S. oil and chemical pollution emergency responses. The Clean Water Act directs the EPA to periodically review the plan and update it to account for new scientific information and new technology. But the EPA has not updated the plan since 1994 — a quarter-century ago. Further, that plan didn’t reflect lessons learned from the Exxon Valdez disaster more than 30 years ago, much less those learned from the BP Deepwater Horizon spill.

“After waiting for more than 25 years for action from the EPA on the dangerously outdated NCP, we are more than ready to move forward,” said Riki Ott, a marine toxicologist and director of Earth Island Institute’s ALERT Project, the lead plaintiff in the lawsuit. “This is a prime example of government and industry complacency.”

During the Trump administration, federal agencies attempted to lease federal lands and waters for oil and gas development at unprecedented levels. A significant portion of this leasing was in pristine and ecologically important areas of the Arctic, where expanding oil and gas development increases the risk of an oil spill, and where dispersants have become the de facto emergency response deployed.

“As Arctic sea ice melts and shipping activity increases, Alaska needs a more robust spill prevention and response regime. Instead, the state is working to rollback safeguards and opening the door for widespread dispersants use in areas important for subsistence, commercial, and personal use,” said Bob Shavelson, advocacy director of Cook Inletkeeper, a plaintiff in the lawsuit, and a board member of the Prince William Sound Regional Citizens’ Advisory Council.

“Not only can the Biden administration make good on its commitments to environmental justice and combating climate change, it can also improve the regulations to prevent this type of catastrophe from ever happening again,” said Sumona Majumdar, general counsel for Earth Island Institute.

Individuals whose health and lives have been severely impacted by chemical dispersants are available for interview upon request.